A bullet lodged near his spine has forced former police officer Harry Orwell to seek new employment as a private detective to supplement his disability pension. As he is frequently in pain, it also limits his ability to engage in hand-to-hand combat with bad guys. And since his car is in the shop, waiting until he can afford a new transmission, he is also forced to pursue his investigations by bus or taxi, or even on foot. Thus Harry is unusual among private eyes in not engaging in fisticuffs or car chases. Harry O is one of TV's more bohemian private eyes, a loner living in a beachfront cottage near San Diego, spending his time re-building a boat in his yard. Harry's sometime nemesis, sometime ally, is Lt. Manny Quinlan of the San Diego Police Department. When Manny is killed off in February 1975, Harry moves his base of operations to Santa Monica. There he inherits a new nemesis, Lt. Trench, plus occasional unsolicited help with his cases from amateur criminologists Les 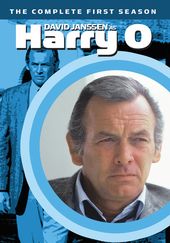 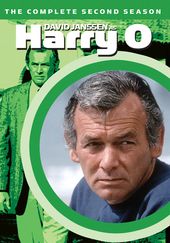