Holliston is an American horror television series with humorous elements created by Adam Green, which debuted on April 3, 2012 on FEARnet as their first ever original series. The series stars creator Adam Green as Adam and Joe Lynch as Joe, who are college grads that are chasing their dream to become horror filmmakers, whilst not quite making ends meet working at a local cable access station. The series is produced by Green's own production company 'ArieScope Pictures', in association with 'A Bigger Boat'. On April 17, 2012, not long after the show's premiere, FEARnet announced that it had picked up Holliston for a second season scheduled for summer 2013. The show has had several guest stars throughout season one such as comedian Seth Green, Candyman's Tony Todd and Halloween's Danielle Harris. 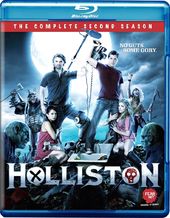 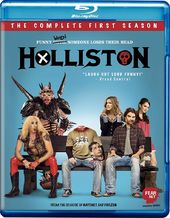 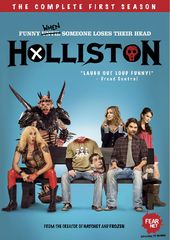