In this half-hour series, affectionately nicknamed JKX, actor/comedian Jamie Kennedy combines hidden-camera pranks with sketch comedy to see how everyday people-- and some celebrities-- behave in unusual situations. Jamie appears in a wide variety of disguises, getting his "marks" involved in an equally wide variety of bizarre predicaments. When a joke has run its course, Jamie delivers the show's immortal tag line: YOU'VE BEEN X-ED! Each skit is presented in front of an audience, either in-studio or on location, and sometimes Jamie brings his marks on as special guests after presenting a segment. After three seasons, JKX ended its original run in the spring of 2004. The entire series is available on DVD, with each season having its own box set. I don't have many episode reviews up right now, but I am planning to write more in the coming weeks. Now that I no longer have a co-editor for season three, I will be also revising (or more appropriately, redoing) the entries for the last 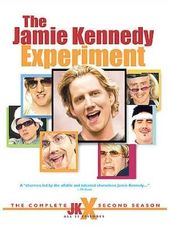 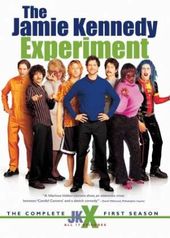