From the unique mind of Nick Kroll comes a new sketch series, Kroll Show, satirizing our television obsessed culture and the rabid fan base it breeds. Kroll has built a loyal following through his stand-up and roles on shows such as Community, Childrens Hospital and Parks and Rec. His scene-stealing turn on the FX comedy The League playing sardonic dry-witted lawyer, Rodney Ruxin proved to be his most popular role to date. On Kroll Show, fans will get the opportunity to watch Nick transform himself into characters as varied as stand-up favorites Bobby Bottleservice and Fabrice Fabrice to half of the power team of "The PubLIZity Girls," with Jenny Slate. More than just a collection of sketches, Kroll Show, is about giving Nick’s fans a chance to see his of-the-moment take on pop culture, sports news, nightclub culture and what defines celebrity with characters and storylines that recur throughout the season. Kroll Show" is executive produced and written by Kroll, John Levenstein (Arrested Development) and Jonathan Krisel (Portlandia, Tim and Eric), who is also directing. The show features a wide-range of guest stars, including Fred Armisen, Hannibal Buress, Andy Daly, Jon Daly, Ed Helms, Rob Huebel, John Mulaney and Chelsea Peretti. 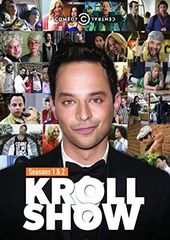 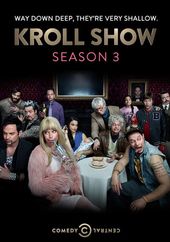