The Naked Brothers Band is an American musical comedy series created by Polly Draper. The show depicts the daily lives of Draper's sons, who lead a faux rock band from New York City. As a mockumentary, the storyline is a hyperbole of their real lives, and the fictional presence of a camera is often acknowledged. Lead vocals and instrumentation are provided by the siblings; they wrote the lyrics themselves. The show stars Nat Wolff and Alex Wolff. Nat's preschool pals—David Levi and Thomas Batuello—feature as band members. Allie DiMeco plays Nat's female admirer and band member Rosalina, Qaasim Middleton portrays the band's guitarist, Cooper Pillot plays the group's manager, the siblings' cousin (Jesse Draper) portrays the group's ditzy nanny Jesse Cook, and the siblings' jazz pianist father (Michael Wolff) plays their inept accordion-playing dad Mr. Wolff. The series is a spin-off of Draper's film of the same name that was picked up by Nickelodeon, premiering in January 2007. Draper, star of Thirtysomething and her writing The Tic Code, is the executive producer of the series, and often writer and director. Albie Hecht, affiliated with Nickelodeon, is the executive producer, under his Worldwide Biggies tag. The adult Wolff, of The Arsenio Hall Show fame, serves as the music supervisor and co-executive producer. The show premiered in the United States on the network on February 3, 2007. Viacom announced, it "delivered Nickelodeon's highest-rat[ings] in seven years" and instantly became one of the most favorable for children aged 6–11.[1] Season one consisted of one television movie which was part of a thirteen episode package, and the second season consisted of two TV movies, eight episodes, and two concert specials. The third season aired four TV movies, one episode, two holiday specials, and one animated special. The series concluded on June 13, 2009. 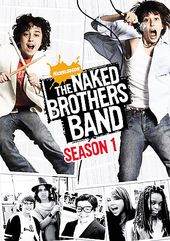 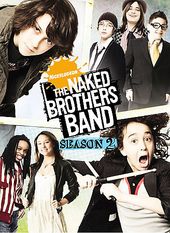