The idea may not have been totally original--a man and a woman who can't stand each other enter a marriage of convenience--but the execution of Ned and Stacey makes it one of the most truly underappreciated sitcom classics of all time. Besides having first-class writing, N&S feaures eye-opening performances from its lead characters. Thomas Haden Church, best known as Lowell on Wings, created a different persona for himself and his impeccable and uncanny comic timing is a joy to watch. Debra Messing is just about perfect in her role as Stacey, and many will find her performances here even more fun to watch than her later role on Will & Grace. Greg Germann (later to be seen on Ally McBeal) and Nadia Dajani do not let down the show's high standard in their supporting roles. After the show's initial run on the Fox network, Ned and Stacey became an integral part of the USA Network's "USAM" comedy lineup, as it was on and off tha 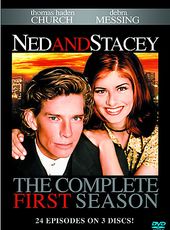 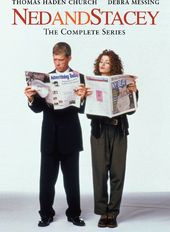