This situation comedy takes place in New York's City Hall. It centers on Mike Flaherty, the deputy mayor, who has to protect the slightly moronic mayor, Randall Winston from those who want to ruin his political career, and from himself, cause he is constantly making an ass of himself and Mike has to try and make sure that his little escapades are either not made public or have very little negative effect on the mayor. Helping Mike is Carter, probably the least quirky member of the mayor's staff and Nikki and James. Stuart and Paul are two members of the staff who cause just as much problems. Mike's secretary, who joined the show during the second season was Stacy. Mike's girlfriend during the first season was Ashley, but the character was dropped, his next girlfriend, during the following season was Laurie, and during the third season it was Nikki, and in the fourth season it was Caitlin Moore, the mayor's campaign manager. Michael J. Fox would leave the show after the fourth season. During the next season, the new deputy mayor would be Charlie Crawford. 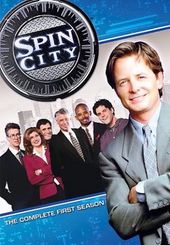 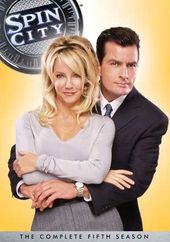 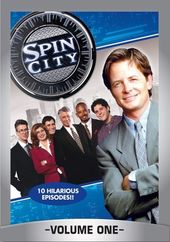