Throughout history, the forces of evolution and genetic mutation have endowed humans with astonishing new abilities and features. It's a process that continues to this day, and nowhere is it more evident than in the fascinating world of Stan Lee's "Superhumans." Co-hosted by Stan Lee, the legendary creator of the X-Men, the series scours the globe for the real-life counterparts of Lee's characters–people with unique genetic traits that translate into remarkable powers. These include a man whose body is powerfully magnetic, another who can withstand deadly levels of cold and yet another whose brain performs complex calculations at staggering speeds. In each episode, these "superhumans" undergo tests that may help explain their amazing gifts, while viewers discover the long history of people with extraordinary powers. Daniel Browning Smith, who's been dubbed the most flexible man in the world, hosts this thrilling journey into the farthest reaches of humankind 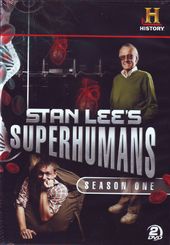 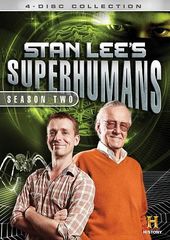