Super Friends first aired on ABC on September 8, 1973[3], featuring the well known DC characters Superman, Batman and Robin, Wonder Woman, and Aquaman. Superman, Batman and Aquaman had each previously appeared in their own animated series produced by Filmation, and voice talent from these prior programs was brought over to work on the new show. Shortly before the Super Friends series was developed, Superman and Wonder Woman also guest-starred in two episodes of The Brady Kids, while Batman and Robin appeared in two episodes of The New Scooby-Doo Movies. In addition to the superheroes, a trio of sidekicks was introduced, each of whom were new characters not drawn from the comic books: Wendy Harris (voiced by Sherri Alberoni), Marvin White (voiced by Frank Welker), and Wonderdog, none of whom had any special abilities (save Wonderdog’s unexplained ability to reason and “talk”). Inspired by the Scooby-Doo gang, Wendy and Marvin were depicted as detectives and/or superheroes in training. 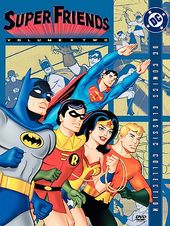 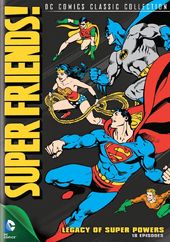 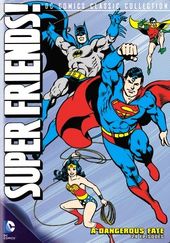 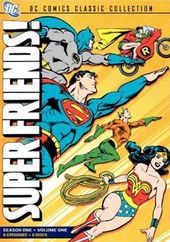