That's My Mama debuted in the fall of 1974 on ABC and starred Theresa Merritt in the title role as Eloise "Mama" Curtis. The series took place in Washington D.C. and centered around Clifton Curtis, Mama's son and young barber, he had inherited the family barbershop from his late father, Oscar Curtis. Mama wanted the best for her son and that meant a woman in his life, so she often tried finding him a mate even though he enjoyed bachelor life. Other in the cast include, Tracy, who was Curtis's sister, Leonard, Tracy's husband, Earl, Clifton's buddy and two old timers who hung out in the barber shop, Wildcat and Josh. The series lasted a year and a half and aired its final episode, a repeat, on December 24, 1975. 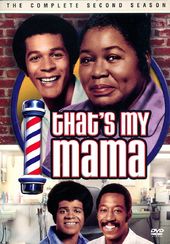 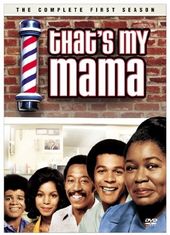