What's Happening!! was first seen in August of 1976 and was yet another urban situation comedy that came out in the 1970's and joined the ranks of Chico and the Man and Good Times. The series was loosely based on the 1975 movie Cooley High. The series centered around three black teens, Roger "Raj" Thomas, Dwayne Clemens, and Freddie "Rerun" Stubbs. Rerun had gotten his nickname because he kept on having to repeat high school courses that he had flunked. Also, by the end of the first season, Dwayne's last name had been changed to Nelson. The stories revolved around them struggling to grow up in a lower-middle class neighborhood. Others in the cast include, Raj's divorced mother, Mabel "Mama" Thomas who had her hands full with working full time and handling Raj and his bratty little sister Dee Thomas. Shirley Wilson was the sassy waitress who worked at the local hangout, Rob's Place. Raj and Dee's dad, Bill Thomas, was seen occasionally during the first two seasons. 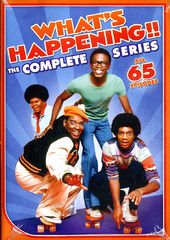 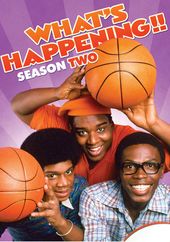