A tale of love. A story of horror. 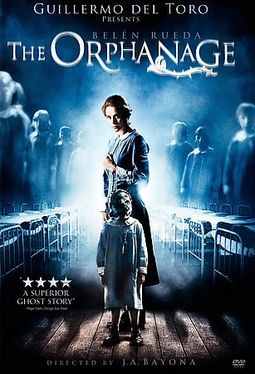 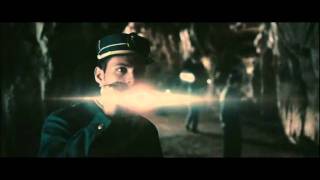 It might come as no surprise that the producer of the Spanish supernatural thriller THE ORPHANAGE is none other than Mexican director Guillermo Del Toro (PAN'S LABYRINTH, THE DEVIL'S BACKBONE), for his influence is felt greatly throughout the picture. Made by an entire crew of newcomers--director Juan Antonio Bayona, screenwriter Sergio G. Sanchez, director of photography Oscar Faura, composer Fernando Velazquez--THE ORPHANAGE is an extremely accomplished work. The story concerns Laura (Belen Rueda), who has returned with her husband Carlos (Fernando Cayo) and adopted child Simon (Roger Princep) to the large manor where she was raised in an orphanage as a child. Laura is determined to fix up the abandoned house and open it as a refuge for ill children. But from the moment she returns, the past begins to haunt her. It isn't long before she begins to see the children who she used to play with as a seven-year-old. And when Simon goes missing one afternoon, she's convinced that they have taken him hostage. What follows is a murky descent into Laura's mind, where she doesn't know what is real and what is a figment of her tortured imagination.

Bayona brings Sanchez's complex script to life with the help of Faura's haunting imagery and Valazquez's atmospheric score. But what makes THE ORPHANAGE an even greater achievement is its insistence on being more than just a superficial scare-fest. Bayona and Sanchez are more interested in deeper themes of memory, loss, and grief, establishing Laura as a mother who feels guilt over not being able to protect her child from outside forces. The result is a film that is both unsettling and moving.