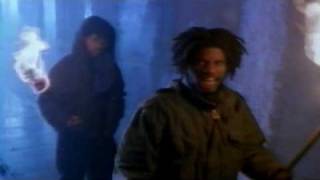 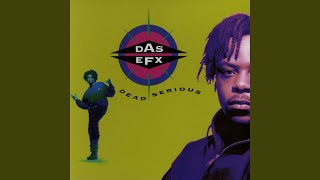 Straight Out The Sewer (Music Video)

Das EFX: Dray "Krazy Drayz," Skoob "Books" (vocals).
Additional personnel: Bobby Sitchran (guitar); D.J. Rhythm (scratches).
Producers: Chris Charity, Derek Lynch, A. Weston, W. Hines.
Engineers: Yorum Vazam, Bobby Sarsur, "Cool Ass" Charlie Marotta.
Das EFX -- part of EPMD's Def Squad crew, which also included K-Solo and Redman, among others -- made such a wide breakthrough in 1992 with their debut album that their hit "They Want EFX" was even referenced in the lily-white teen serial Beverly Hills 90210. That Dead Serious could have that sort of broad impact and still retain its credibility within the underground hip-hop community says something about its appeal, which was considerable. But the album wasn't just appealing; it was also enormously influential, ushering in an entirely unique rhyming flow that influenced any number of rappers, established and novice alike. What exactly the duo is rapping about is anyone's guess. One thing is for sure: their lyrics are about as far removed from hardcore realism as they could possibly be, and although there are certain elements of boasting, it is so cut up and contorted that it never sounds like there's even a hint of the humdrum here. None of the lyrical clich‚s that can occasionally bog down even the finest hip-hop artist are present. Members Dre and Skoob (tellingly, "books" spelled backward) instead engage in lightning-fast, tongue-twisted word association and stream-of-consciousness rants rich in pop cultural references and allusions. It was a completely original rhyming style in 1992 -- one of the reasons it had such an impact both in the insular world of hip-hop and on the wider public -- but it also had an invigorating looseness that lent itself to commercial radio. "They Want EFX" is clearly the creative highlight of the album; the other songs work the same basic template, and each one is nearly equal in execution and charm, particularly the jaunty "Mic Checka" and "Jussummen." ~ Stanton Swihart