Spin: "...they're still in the sewa, even if the whole hip-hop nation has moved in....keepers and lovers of the tradition...." 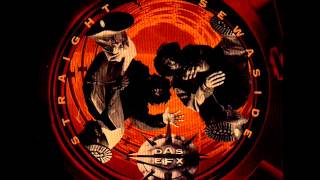 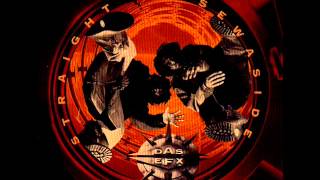 Das EFX: Dre, Scoob (vocals).
Additional personnel: DJ Dice, Chris Charity, Derek Lynch (scratches).
Producers: Chris Charity, Derek Lynch, Charlie "Noah" Marotta.
Engineers: Charlie Marotta, Chris Charity, Derek Lynch.
Recorded at Northshore Soundworks, Commack, New York.
All songs co-written by A. Weston and W. Hines. Samples include "Soul Power" (as performed by James Brown), "Funky Granny" (as performed by Kool & The Gang), "Paul Revere" (as performed by The Beastie Boys) and "Walk On By" (as performed by Gloria Gaynor).
By the time Sewaside saw the light of day, the public hadn't fully absorbed Das EFX's innovative debut, Dead Serious. The hardcore rap game had barely caught up with the brilliance of their rapid-fire vocal delivery and sample-laden beats. But then again, another crew from Staten Island emerged in 1993 and took the rap game by total storm, leaving the genius of Sewaside somewhat overshadowed by their dominance. However, this change in climate shouldn't overshadow Sewaside as a crucial record in the Das EFX canon. While the duo's methods of madness were slowly emulated by a large plethora of MCs, Das EFX stayed with the same effective blueprint laid down in Dead Serious. By maintaining this consistency, Sewaside lacks the punch in the gut that Dead Serious delivered, but it's still a solid record that completists and newfound fans will equally enjoy. ~ Rob Theakston

15%off
Dreamville
Revenge of the Dreamers III: Director's Cut (3LPs)
$41
Add to Cart

Kate Tempest
The Book of Traps and Lessons
$12.10
Add to Cart