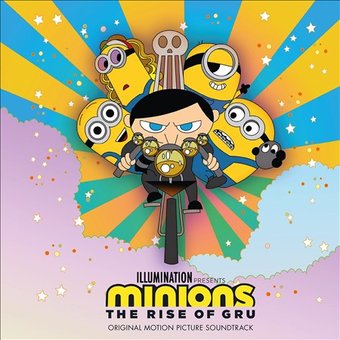 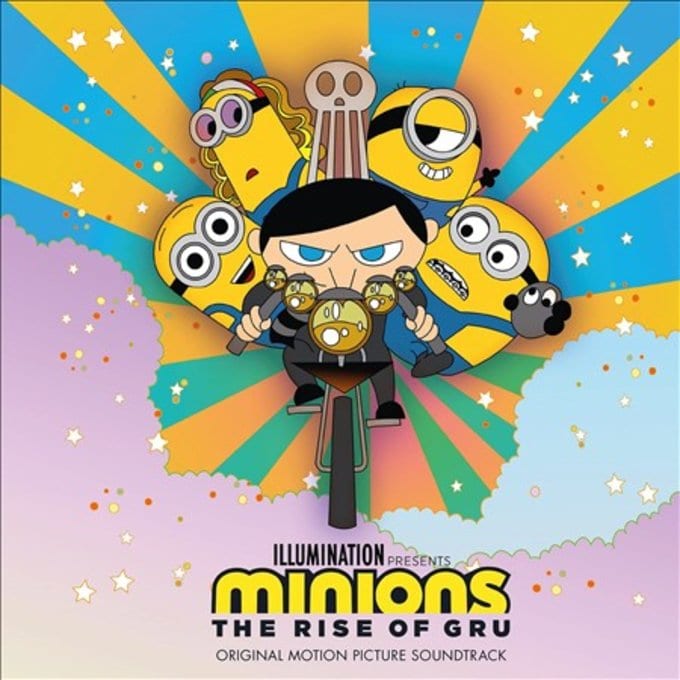 The soundtrack to the 2022 animated movie Minions: The Rise of Gru picks up on the vintage pop vibe of the first Minions film, moving from that original film's '60s milieu to the '70s setting of the sequel. However, where the first Minions movie featured original recordings by '60s acts like the Kinks and Donovan, Rise of Gru features classic '70s hits redone by contemporary artists. It's a fun concept that makes for some surprising, and surprisingly good, cover tunes, including Thundercat's groove-oriented reworking of Steve Miller's "Fly Like an Eagle," St. Vincent's new wave-inspired take on Lipps Inc's "Funkytown," and Phoebe Bridgers' poignantly earnest version of the Carpenters' AM pop ballad "Goodbye to Love." Particularly compelling and highly unexpected is Jackson Wang's fervent reading of Patrick Hernandez's 1979 disco novelty "Born to Be Alive." There are also the titular little yellow creatures singing, represented here by a buoyant take on Simon & Garfunkel's "Cecilia." There's also at least one original in Diana Ross and Tame Impala's funky disco-soul anthem "Turn Up the Sunshine." As with the first Minions soundtrack (and the Despicable Me soundtracks before them), the soundtrack to Minions: The Rise of Gru proves as much of a fun draw as the film itself. ~ Matt Collar

50%off
Soundtrack
The Wizard of Oz [Snapper]
$5.98 Super Savings
Add to Cart

26%off
Sound Effects
Sounds of Horror and the Weird
$5.20 Super Savings
Add to Cart
(4)