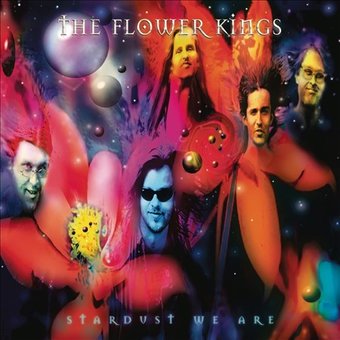 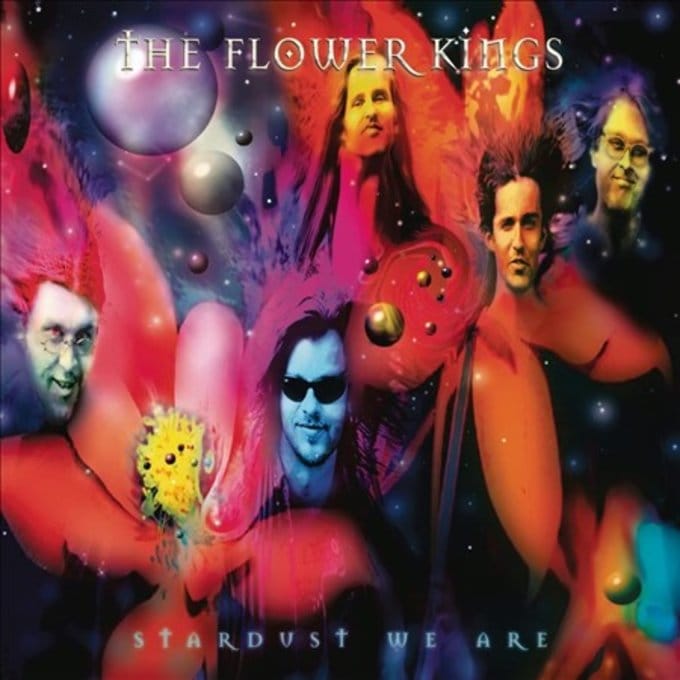 Personnel: Roine Stolt (vocals, acoustic & electric guitars, keyboards); Hans Froberg (vocals); Tomas Bodin (accordion, piano, Fender Rhodes piano, Hammond organ, pipe organ, Mellotron, synthesizer, sound effects); Ulf Wallander (saxophone); Jens Johansson (keyboards); Michael Stolt (bass); Jaime Salazar (drums); Hasse Brunivsson (percussion).
Recorded in Uppsala, Sweden between December 1996 & April 1997.
The Flower Kings' fast rise to the top of the progressive rock community was equal to their recording pace. The two hours of music on Stardust We Are completed a four-album run in a little less than four years. Roine Stolt's creativity seemed without limits, but listening to this two-CD set, one finds a little more filler than usual, mostly in the form of poppier tunes (like "Different People," "Kingdom of Lies," and "Compassion") and short instrumental pieces meant as bridges between more significant songs. Strangely, it didn't affect the album's cohesion or interest (it wouldn't be the case for Flower Power) and, although it could have been stripped down to an even stronger 75-minute CD, Stardust We Are made a strong impression and opened the U.S. doors for the Swedish band. The opener "In the Eyes of the World" has the strength and positive drive of the best Stolt songs and became an instant live classic, as did "Church of Your Heart," which also contained all the Flower Kings trademark ingredients: a memorable melody; intelligent shifts in time signature, speed, and key; lush arrangements; spirited musicianship; heartfelt vocals (alternating between Stolt and Hans Fr”berg, depending on register and the emotional effect required); and a positive attitude toward life. "Circus Brimstone" is a strange and complex instrumental piece with backward voices inherited from Frank Zappa -- one of Roine Stolt's least-suspected influences. Disc two contains less strong moments: "The End of Innocence" is a good track, but afterwards it seems "Different People," "Kingdom of Lies," and "If 28" are just there to kill time before the epic "Stardust We Are," a 25-minute tour de force, full of well-developed music ideas seamlessly stitched together. More cohesive as a whole than the previous album Retropolis, Stardust We Are was on the other hand weaker musically speaking, but it remains one of the very good Flower Kings albums, if only for the opening and closing tracks. ~ Fran‡ois Couture

The Flower Kings
Back In The World Of Adventures (Re-Issue 2022)
$16.80 Super Savings
Add to Cart