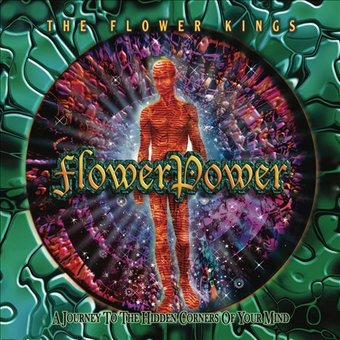 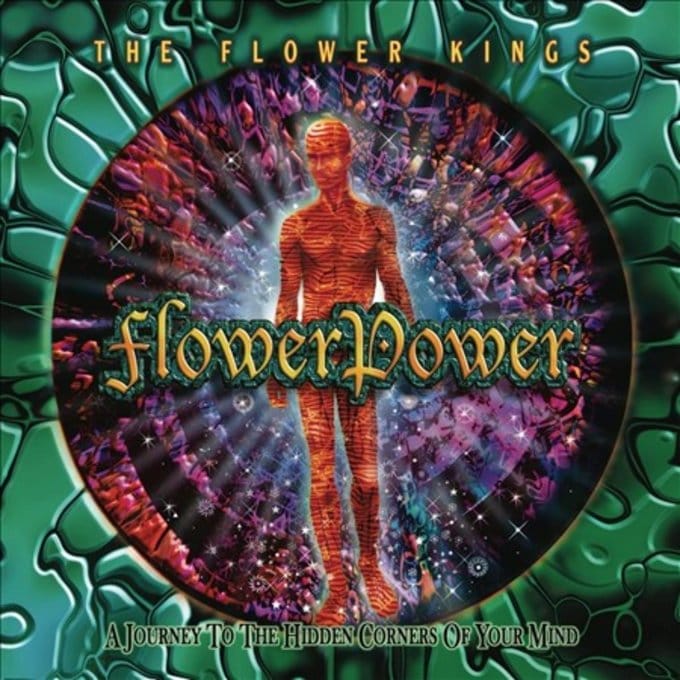 The Flower Kings: Roine Stolt (vocals, guitar, keyboards); Hasse Bruniusson (vocals, percussion); Hasse Froberg (vocals); Tomas Bodin (keyboards); Michael Stolt (bass); Jaime Salazar (drums, percussion).
Recorded from June to November 1998.
Released in early 1999, Flower Power was at the time the most adventurous project the Flower Kings had undertaken. This two-CD set features on disc one "Garden of Dreams," an 18-part 60-minute mammoth epic. With its 140 minutes, Flower Power is hard to digest even for the dedicated fan and, truth be told, the Flower Kings would have been better off releasing "Garden of Dreams" as an album of its own and then rework and make a more rigorous selection in the remaining material for use on a future album. Some filler material on disc two drags down the average quality of the album. Considering its length, "Garden of Dreams" is a tour de force: Musical ideas follow one another in a succession of tableaux unified by a common mood and a few recurring themes. Worth to note is the fact that the piece was written by guitarist Roine Stolt and Tomas Bodin together, something highly unusual; on previous albums, Stolt wrote 90 percent of the material, letting Bodin slip a short piece of incidental music once in a while to serve as a bridge between two beefier songs. Here, their collaboration helped crystallize maybe the best example of the Flower Kings; sound in a roller coaster hour with very few below-average moments. But disc two is a disappointment: "Deaf, Numb & Blind" is a nice song, but it doesn't stand a chance against "Garden of Dreams" or older pieces like "There Is More to This World" and "In the Eyes of the World." "Psychedelic Postcard" is very original and quirky by the band's standards and includes a strange verse and intermezzo that seem inspired by Absolutely Free-era Frank Zappa. While "Power of Kindness" and "Magic Pie" are uneventful numbers, the mid-tempo "Calling Home" and "Painter" show potential but don't seem to reach their full emotional strength. Are the Flower Kings doing too much? One thing is sure: "Garden of Dreams" would have had a lot more impact as a stand-alone track. ~ Fran‡ois Couture

The Flower Kings
Back In The World Of Adventures (Re-Issue 2022)
$16.80 Super Savings
Add to Cart