The Marquis Ensemble Reflections from the Wine Country 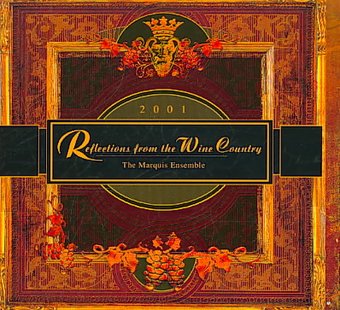 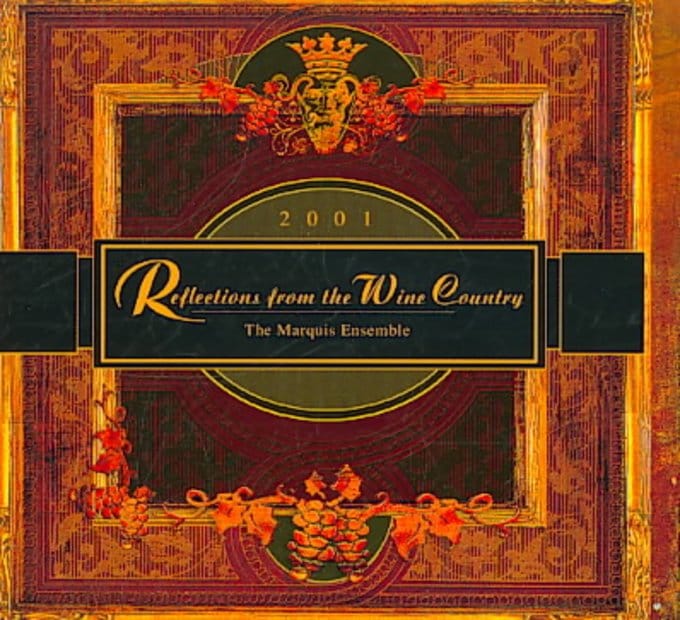 The Marquis Ensemble: Diane Arkenstone (guitar); Joel Derouin (violin); Larry Corbett (cello); Don Markese (winds); Seth Osburn (piano); Dan Chase (percussion).
Personnel: Diane Arkenstone (guitar); Joel Derouin (violin); Larry Corbett (cello); Daniel Chase (percussion).
Audio Mixer: Michael Aarvold.
Recording information: Candy Sound; Castle oaks.
Arranger: David Arkenstone.
David and Diane Arkenstone have quietly established a contemporary instrumental duchy. In the center sits their Neo Pacifica imprint; surrounding it are projects like Adventure Cargo and Earth Trybe, each one satisfying a particular bend of Arkenstonian whimsy. The Marquis Ensemble joins the fold with Reflections from the Wine Country, an album written and principally performed by the duo. As a collection of light contemporary instrumentals guided by piano, synthesizer, strings, and flutes, Wine Country is measured and polite. It's when these "sound paintings" -- to use the Ensemble's term -- are considered as anything more than background music that the set becomes a little problematic. While tracks like "Reflections," "The Breath of Autumn," and the folk melody-tinged "Harvest Festival" are stirring and well-executed, their link to the project's overall motif isn't made clear enough. Rather than illustrate the seasons of the vineyard, the Marquis Ensemble might have better luck soundtracking one's thoughts of the vineyard -- those idyllic images of sun-dappled leaves, robust wine casks, and rustic vinery that one pictures when there's 12 feet of snow on the ground. Reflections from the Wine Country will offer fans of the Arkenstones more pleasant music. But in general the album seems a bit tentative, and not as fully realized as some of the duo's other projects. ~ Johnny Loftus