The Eric Carr Story: Inside the Tale of the Fox 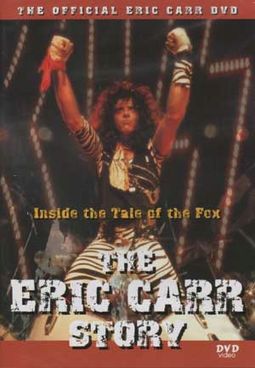 As a member of rock and roll's most successful group for eleven years, Carr won acclaim from critics the world over and the hearts of millions of fans with his "Fox" makeup character and dynamic musicianship on nine albums and seven major tours. His star shone even brighter when stories about his unusual accessibility began to circulate, adding a personal dimension to a larger-than-life image: Carr would routinely meet with fans, even visiting them in hospitals.

Tragically, Carr's resolve was put to the test in 1991 when he was diagnosed with a rare form of cancer. Though he fought a courageous battle against the disease, his life, sadly, ended later that year. Carr was only 41.

Inside the Tale of the Fox chronicles the complete life and times of Eric Carr - gone but not forgotten. Included are candid remembrances by family and friends, private eight-millimeter films and video. There's also unreleased Eric Carr music and an exclusive look at the drummer's animation project, The Rockheads. -Ron Albanese