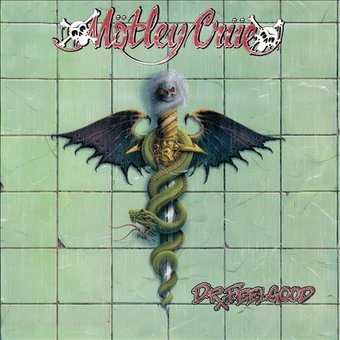 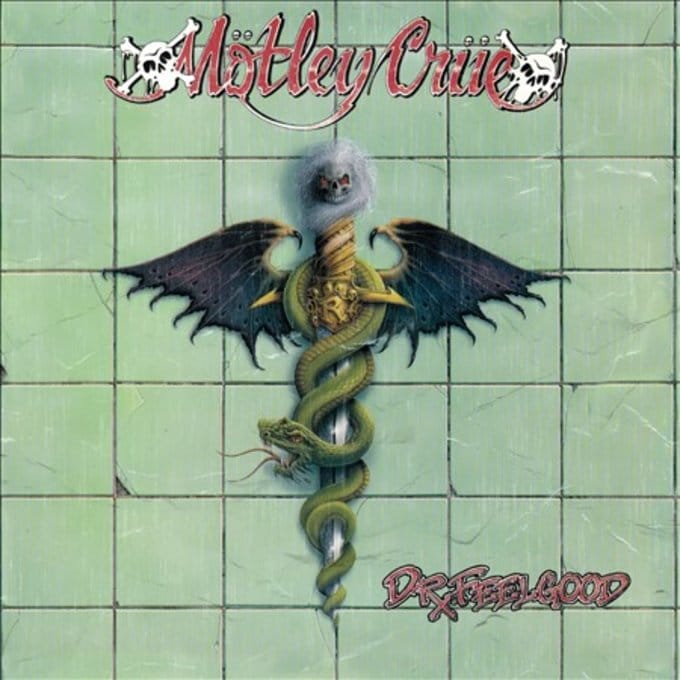 This is an Enhanced CD, which includes both regular audio tracks and multimedia computer files.
Motley Crue: Vince Neil (vocals, shaker); Mick Mars (guitar, background vocals); Nikki Sixx (piano, organ, bass, background vocals); Tommy Lee (drums, percussion, background vocals).
Additional personnel includes: Steven Tyler, Bryan Adams, Robin Zander, Rick Nielsen, Skid Row (background vocals).
Principally recorded at Little Mountain Sound Studios, Vancouver, Canada in 1989. Includes liner notes by Alan K. Stout.
By 1989, L.A. hair metal poster children M”tley Cr?e had done more than their share of living fast and had come dangerously close to dying young. Bassist and band founder Nikki Sixx did in fact overdose and (technically) die in the last days of 1987, one of several factors that led the infamously excessive band to steer clear of their hard-partying ways. A combination of rehab, time off the road, and upgraded pop production from Bob Rock resulted in Dr. Feelgood, the band's fifth, most successful, and arguably best album. The Cr?e were no strangers to the charts at this point, with every successive release selling more and charting higher than the last. Dr. Feelgood, however, pushed the band into new territory. Rock's radio-ready production was great on raunchy rock songs like "Sticky Sweet" and "Rattlesnake Shake," but when applied to more accessible songs, the band transcended their party metal niche. The album's singles -- the sinister groove of the title track, the rocking adrenaline anthem "Kickstart My Heart," the by-the-numbers power ballad "Without You," the nostalgic romp "Don't Go Away Mad (Just Go Away)," and the lesser-loved lighthearted singalong "S.O.S. (Same Old Situation)" --- all hit the bullseye of radio-level catchiness, big-budget production, and mass appeal that the band had come so close to with their strongest output prior. Dr. Feelgood wasn't just a collection of great singles padded by filler, though. A renewed, sober M”tley Cr?e pulled out all the stops on every song, as did Rock. The meaty drums, evil riffs, and bad-boy posturing were all amplified, and deft touches were hidden a little deeper in the mixes. That could mean backing vocals by Steven Tyler and Bryan Adams on "Sticky Sweet" (the groove-heavy frontrunner to Poison's "Unskinny Bop"), nods to Mott the Hoople on the sentimental finale "Time for Change," or unexpected honky tonk pianos and horn arrangements. Reflective and clear-minded without losing any of the fun of their more reckless days, Dr. Feelgood was the band's finest hour. It also marked the summit from which both M”tley Cr?e and metal at large quickly tumbled. The album hit number one on the charts but would be the last with singer Vince Neil until 1997's lackluster Generation Swine. By that time, though, alternative rock had usurped the throne from metal, out-weirding and out-doing its glammiest and heaviest hallmarks. Despite the changing tides, Dr. Feelgood produced some of the band's most memorable and long-lasting songs and stands as their most solid front-to-back album. ~ Fred Thomas