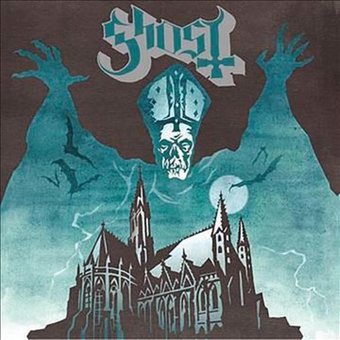 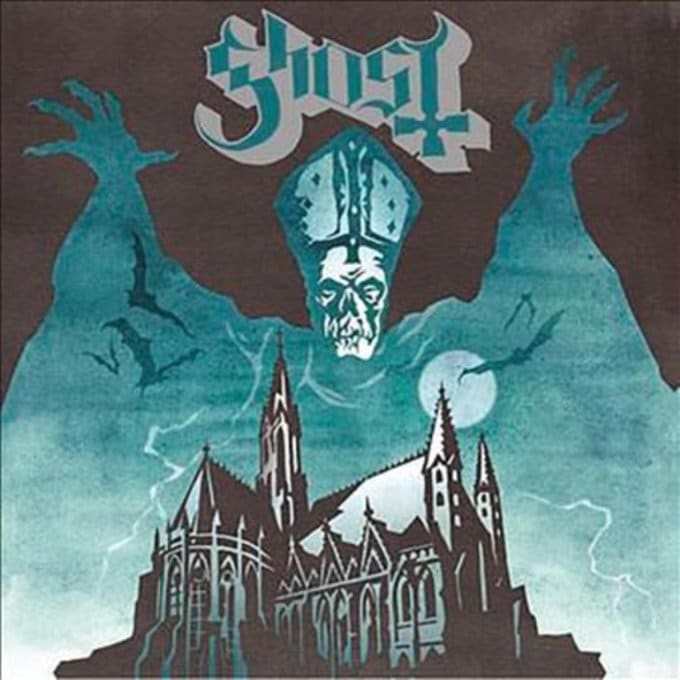 Get email alerts for Ghost
Currently Out of Stock: We'll get more as soon as possible
Notify Me When Available
Add to Wishlist
Format:  Vinyl LP
item number:  RISE 1351
91% recommend us!

By all rights, one would expect a band that hails from a heavy metal hotbed like Sweden, signs with a British heavy metal label, and pens songs steeped in Satanic liturgy, then performs them in frightful disguises while maintaining secret identities, to be a heavy metal band. But Ghost's 2010 debut album, Opus Eponymous, confounds such expectations by rating no higher than a three or four out of ten on a third millennium scale of metallic heaviosity, if you catch the meaning. In other words, although its songs are rife with heavy metal's favorite subject matter and unmistakably menacing brand of staccato guitar riffing, the restraint of their attack, not to mention their production (no overdriven amplifiers are to be found here), hark back to what passed for a metallic aesthetic during the very early '80s, or even before. What's more, striking tunes like "Ritual," "Stand by Him," and the especially spectacular "Satan Prayer" boast choruses so musical (not shouted, grunted, or shrieked, but rather mewled morosely by Ghost's evil Pope of a frontman) that they may not even pass metallic muster with most modern-day fans of the style. And yet metal-heads old and/or savvy enough to remember the genre's nascent characteristics (think Sabbath, Uriah Heep, Pentagram, etc.) or even the most commercially oriented New Wave of British Heavy Metal bands such as Praying Mantis and Demon (both of them melodic hard rock bands lumped into that catch-all category), won't fail to see Ghost's connections to its not always subtlety-free roots. The members of Ghost also pay evident tribute to the seminal works of Mercyful Fate on both "Con Clavi con Dio" and "Elizabeth, and, to top it all off, contrasting keyboard parts and backdrops often play a prominent role, particularly on "Death Knell" and the book-ending instrumentals "Deus Culpa" and "Genesis." Finally, one feels compelled to mention the recent exploits in occult throwback metal perpetrated by the Netherlands' the Devil's Blood for their obvious influence on Ghost's sound, even though the latter do a very fine job of crafting great songs with some of the same ingredients. These ingredients, now largely foreign to the new millennium heavy metal status quo, may ultimately perplex many of Ghost's would-be consumers, but their metallic intentions on Opus Eponymous are sonically pure; too pure for some, obviously. ~ Eduardo Rivadavia