JazzTimes: "...a preeminent example of sophisticated funkology....this is where it all started." 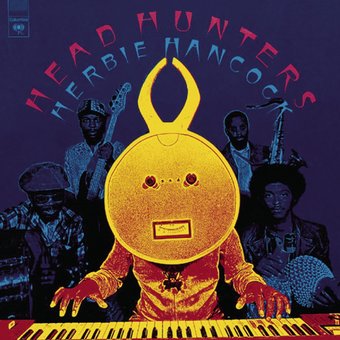 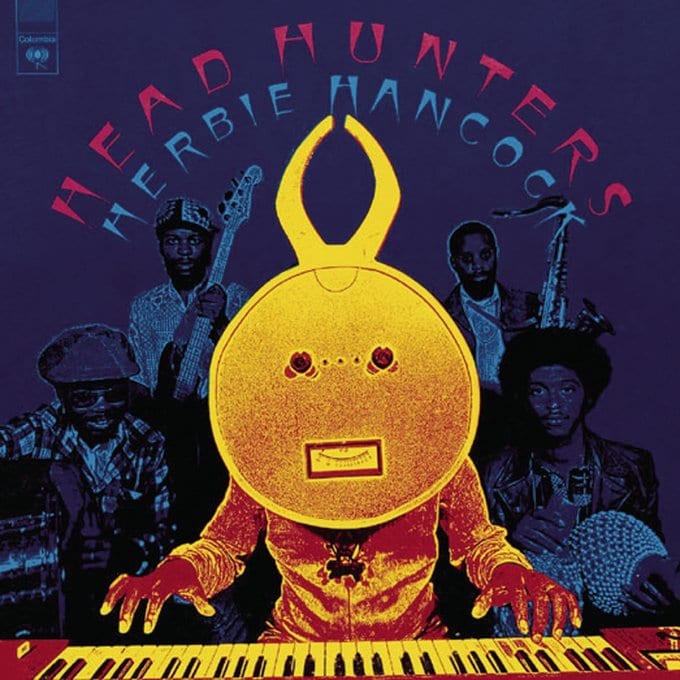 Q - 2/00, p.100
4 stars out of 5 - "...it's among the best 'fusion' records ever made, its funky alliances of twittering Afro-percussion and high-tensile rock spine building into a kind of electric rainforest music of an almost political intensity..."
Down Beat - 1/17/74
5 Stars - Excellent - "...Herbie translates 'communicate directly' pretty much into 'get down.' The warp-drive electronic space flights of CROSSINGS and SEXTANT have given way to a more basic music, harmonically simple and rhythmically earthy....[HEADHUNTERS] speaks its message--loud and clear..."
JazzTimes - 9/97, p.65
"...a preeminent example of sophisticated funkology....this is where it all started."
Pitchfork (Website) - "[A] jazz-funk masterpiece, a celebration of all that is modern and ancient."

Personnel: Herbie Hancock (Fender Rhodes piano, Clavinet, synthesizer); Bennie Maupin (soprano & tenor saxophones, saxello, bass clarinet, alto flute); Paul Jackson (marimbula, bass); Harvey Mason (drums); Bill Summers (congas, shekere, balafon, agogo, cabasa, hindewho, tambourine, log drum, surdo, gankoqui, beer bottle).
Recorded at Wally Heider Studios and Different Fur Trading Co., San Francisco, California. Includes liner notes by Scott H. Thompson and Herbie Hancock.
Head Hunters has spawned a thousand copies and copyists, but is only strengthened through comparison. One of the most enduring works of the 70s' jazz/funk legacy, and surely one of Herbie Hancock's most enjoyable and infectious recordings, the album was released in the deeply groovy days of 1973, and soon became the best-selling record in jazz history. Loping along on a glorious bed of springy wah-wah and synth bass, the group used all the new technology of the time, and Hancock himself seemed to revel (as he still does) in the latest keyboard sounds available to him. Jazz/funk has never again sounded so exciting and dangerous.

38%off
The World of Contemporary Jazz Groups
$4.98 on Sale
Add to Cart