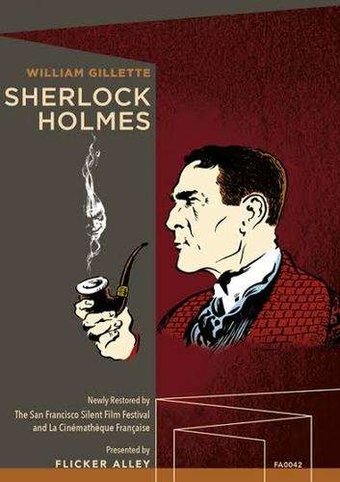 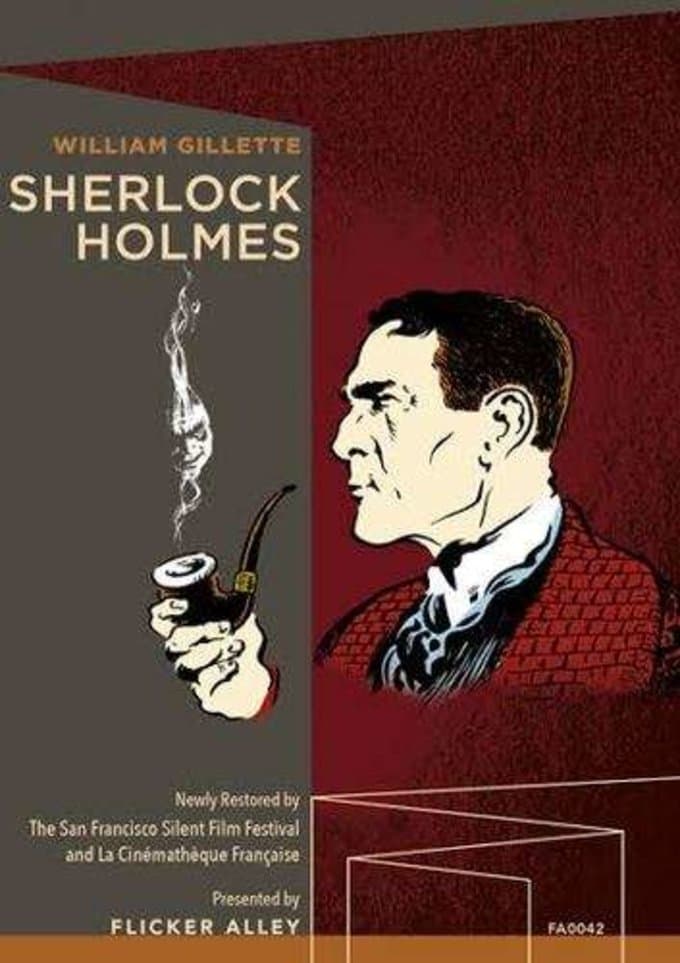 Arthur Conan Doyle never specified in any of his sixty Sherlock Holmes stories that his fictional creation wore a deerstalker cap, smoked a curved pipe or relaxed off-duty in luxurious dressing gowns. In fact, much of our popular visualization of the master detective (as well as the phrase "Elementary, my dear Watson") originated from the work of actor/director/playwright William Gillette, who in 1899 wrote the stage play Sherlock Holmes and performed the title role in extended international tours and multiple revivals. (He chose the curved pipe because it allowed him to speak his lines without blocking his mouth.) The virile and magnetic Gillette was one of the most popular performers of his era, but he is mostly forgotten today because his sole motion picture performance -- a 1916 silent adaptation of the play that made him famous - was thought lost to time. But in October 2014, silent film historians rejoiced when a mislabeled French-language nitrate negative was uncovered in Paris's Cinémathèque Française archive - and Sherlock fans were equally jubilant to discover its plot was a faithful adaptation of Gillette's play, with Sherlock's hunt for incriminating documents on behalf of the bewitching Alice Faulkner (Marjorie Kay) thwarted by his sinister nemesis Professor Moriarty (Ernest Maupin). The romantic angle to the story is unusual, but it was done with Doyle's blessing to Gillette to "marry him, murder him, or do what you like" to the character.

A Lonely Place to Die
$5.60 Super Savings
Add to Cart

16%off
Sherlock Holmes and the Deadly Necklace
$8.40 Super Savings
Add to Cart

18%off
Sherlock Holmes And The Shadow Watchers
$16.40 Super Savings
Add to Cart

16%off
The Many Lives of Sherlock Holmes
$33.40 Super Savings
Add to Cart