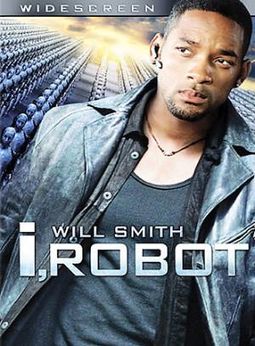 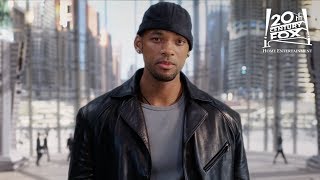 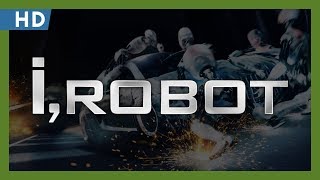 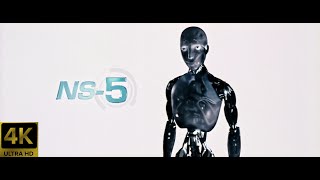 Loosely based on the novel from Isaac Asimov, I, ROBOT is an action-packed, CGI-laden thrill ride from director Alex Proyas (THE CROW). Set in 2035, Will Smith stars as Chicago law enforcer Detective Del Spooner. Called upon to investigate the mysterious suicide of scientist Dr. Alfred Lanning (James Cromwell), Spooner deduces that Lanning didn't kill himself but was, in fact, murdered. Lanning worked for the US Robotics headquarters, where he constructed friendly robots designed to help humans with mundane tasks. Lanning's creations are prevalent all over the city, and have been fully integrated into the culture. They are allegedly programmed not to harm humans, but as Spooner digs deeper, his investigations lead him to a new type of robot that Lanning was working on before his death, and one of these models--the highly charismatic Sonny--becomes the prime suspect in the case. Spooner bears a grudge against robots due to an unfortunate incident, so his case against Sonny is met with shrugs of indifference from colleagues who know his prejudices all too well. Fortunately he meets an ally, and a romantic interest, in Dr. Susan Calvin (Bridget Moynahan), who agrees to help him. As Sonny is cured of his violent tendencies, the other robots amass across the city, working on the assumption that they need to control humanity in order to safeguard its future.

Director Proyas unleashes a fearsome arsenal of special effects, while Spooner and Calvin chase the errant robots all over the city. Sonny's facial features and voice are digitally manipulated from the actor Alan Tudyk, lending an unnerving element of humanity to the character. Smith and Moynahan give convincing performances throughout, and as the action races towards a nail-biting conclusion, the message of the movie suggests that technologies built to help mankind could also provide its downfall.