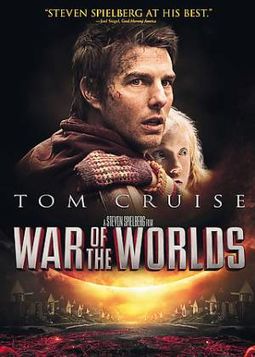 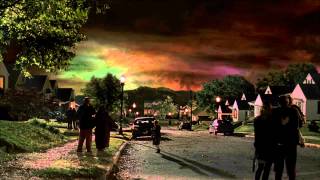 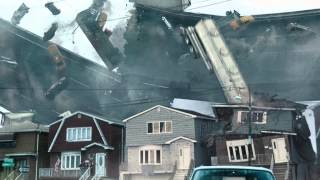 One cannot help but think of terrorist attacks while watching Stephen Spielberg's update of the classic sci-fi fantasy THE WAR OF THE WORLDS. While the H.G. Wells story dates back to 1898, and has inspired previous adaptations, this particular version feeds off its 21st century audience's fear of a terrorist-induced apocalypse. Even if the sight of tall buildings crumbling to the ground and crowds running fearfully away from their demise doesn't trigger post-9/11 paranoia, dialogue such as "Is it the terrorists'" will.

Disgruntled, divorced father Ray Ferrier (Tom Cruise) is struggling to connect with his estranged kids, who have been dropped off by their mother for the weekend, when a severe and unusual lightning storm leaves his New Jersey neighborhood powerless. Over the course of the next few hours, it becomes obvious that this was not a storm at all, but rather the first sign of a worldwide alien attack. Emerging from the ground in multi-legged tripod-like machines that have apparently been stored beneath the earth's surface since before man's time, these aliens begin the process of waging a long-planned war on our planet. While WAR OF THE WORLDS follows Ray's growing closeness with his two children (Dakota Fanning and Justin Chatwin) in the face of imminent disaster, and his transformation from lousy father to hero, their story is used mostly as a vehicle for illustrating an unending series of horrific scenarios. The human element of the story is also briefly explored with Tim Robbins's portrayal of a crazed, alien-fighting recluse. Sticking closely to Wells's original descriptions of alien warfare, the film focuses mainly on visuals and succeeds through impressive special effects to create two hours of thrilling, frightening, realistic terror.