Interviews with stars, creators and writers of great cult movies. 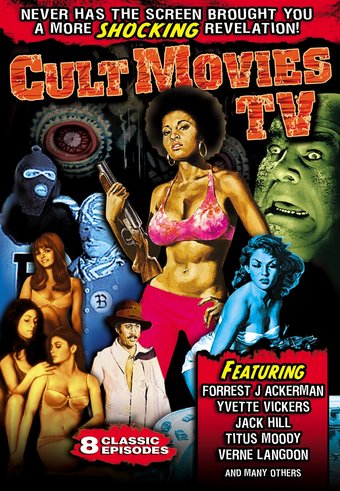 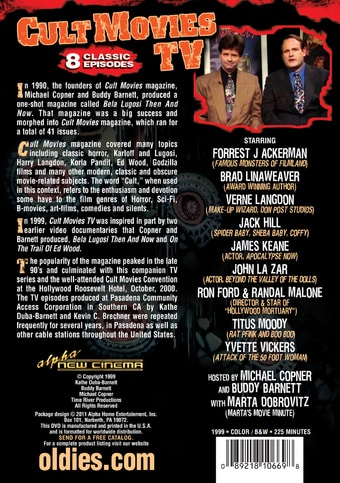 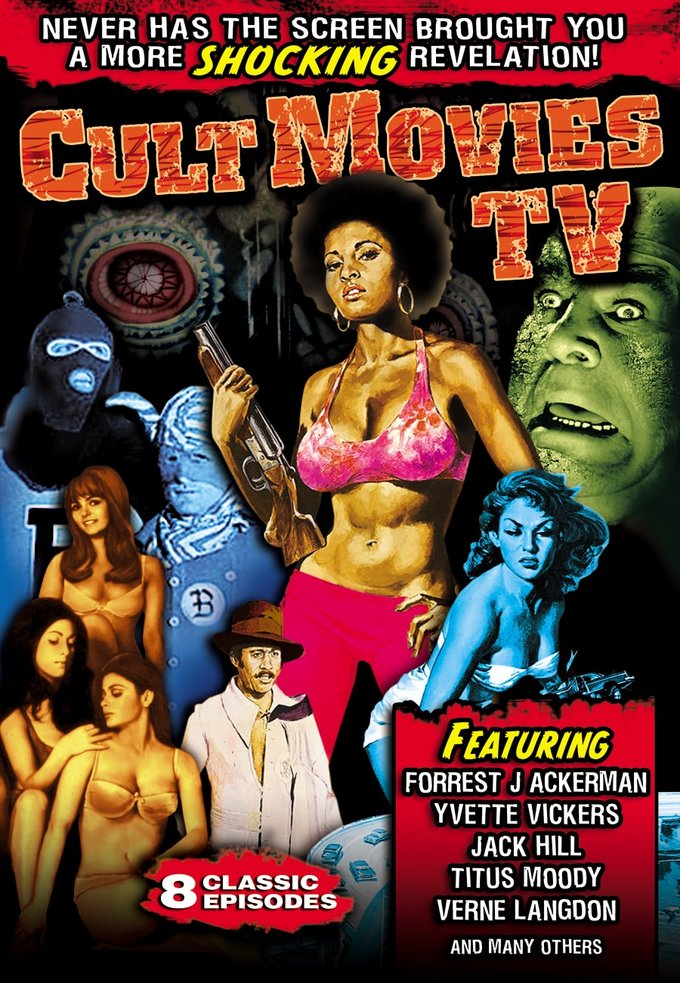 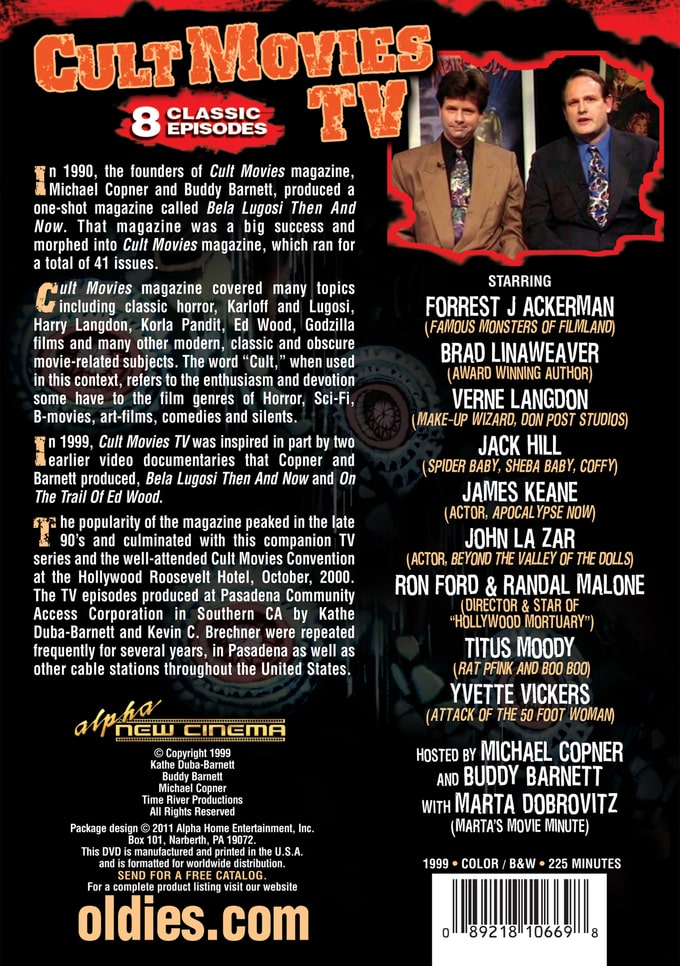 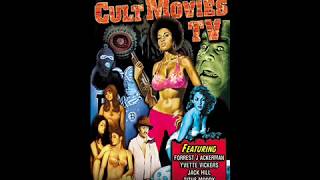 In 1990, the founders of Cult Movies magazine, Michael Copner and Buddy Barnett, produced a one-shot magazine called Bela Lugosi Then And Now. That magazine was a big success and morphed into Cult Movies magazine, which ran for a total of 41 issues. Cult Movies magazine covered many topics, including classic horror, Karloff and Lugosi, Harry Langdon, Korla Pandit, Ed Wood, Godzilla films and many other modern, classic and obscure movie-related subjects. The word "Cult," when used in this context, refers to the enthusiasm and devotion some have to the film genres of Horror, Sci-Fi, B-movies, art-films, comedies and silents.

In 1999, Cult Movies TV was inspired in part by two earlier video documentaries that Copner and Barnett produced, Bela Lugosi Then And Now and On The Trail Of Ed Wood.

The popularity of the magazine peaked in the late 90's and culminated with this companion TV series and the well-attended Cult Movies Convention at the Hollywood Roosevelt Hotel in October, 2000. The television episodes produced at Pasadena Community Access Corporation in Southern California by Kathe Duba-Barnett and Kevin C. Brechner were repeated frequently for several years, in Pasadena as well as other cable stations throughout the United States.

Television / TV Series
This product is made-on-demand by the manufacturer using DVD-R recordable media. Almost all DVD players can play DVD-Rs (except for some older models made before 2000) - please consult your owner's manual for formats compatible with your player. These DVD-Rs may not play on all computers or DVD player/recorders. To address this, the manufacturer recommends viewing this product on a DVD player that does not have recording capability.

Customer Rating:
Based on 10 ratings.

Shows like this I love so much and wish we had more of. It's sort of like a variation of the horror host. The production value is poor and both Copner and Barnett seem incredibly awkward on camera and around their guests, but that doesn't matter. The cult movie knowledge presented here is a joy to hear!

The guests on the show are fantastic. Forrest J Ackerman in particular is quite the treat. To listen to this man, who clearly knows his sci-fi (he did invent the term after all!), talk on the subject for 15 minutes is fascinating.

Copner and Barnett, despite their awkwardness, are quite entertaining as well. They're obviously movie nerds and it's fun to hear them nerd out over something they're so passionate about. Aside from interviewing a wide variety of guests, the two try and give a definition for what a cult movie is (not any easy task) and read fan letters.

I'm really glad Alpha Video has released these episodes on DVD. More often than not, things like this seem to slip off into obscurity and it's a real shame. Here we have people gave genuine discussions about something they love. It's quite amazing.

How many famous genre directors or writers grew up watching something similar to this? I think it's a safe bet to say most of them did. Let's keep inspiring new generations with this DVD.

I have to think there's more shows like this from the past. More programming from public access just floating around. Hopefully those too will someday be recovered and saved. In the meantime, I'll enjoy and appreciate CULT MOVIES TV by watching this DVD over and over again.