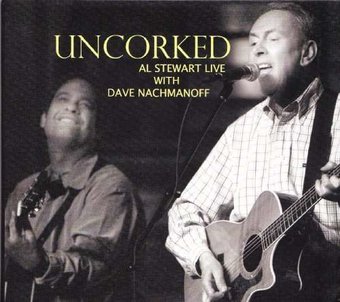 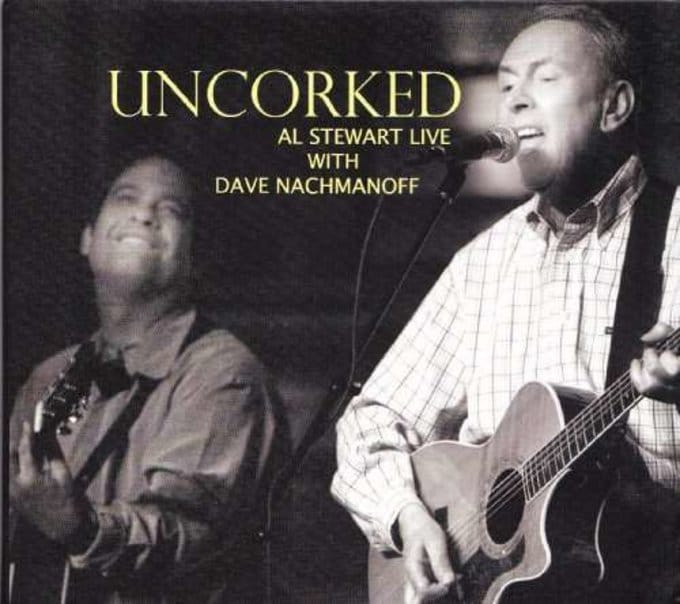 Personnel: Al Stewart (vocals, guitar).
Audio Mixer: Jeff McCullough.
Recording information: Colonial Theater, Phoenixville, PA; The Gravity Lounge, Charlottesville, VA; The Rams Head, Annapolis, MD.
This live recording is something of a surprise -- make that a shock, in the most positive way -- appearing 45 years into Al Stewart's professional career. From the opening notes of a medley of "Last Days of the Century" and "Constantinople," Stewart -- in partnership with guitarist/singer Dave Nachmanoff (who also produced this record) -- launches into a set with the kind of energy and enthusiasm one would more easily expect from a twenty-something neophyte than a sixty-something veteran. And the energy level never slackens, nor does the virtuosity -- the teamed acoustic guitars ripple with exquisite textures, across old songs imparted with new permutations, while the new songs are more than good enough to stand next to such fare as "Bedsitter Images," "Carol" (which gets a virtuoso guitar treatment here that makes it worth the price of the CD by itself), "Running Man" and "Old Admirals." Some of the new material, most notably "Coldest Winter," refers obliquely to vintage Stewart songs, but all of it is consistently fascinating in its own terms and imagery -- and one song, "Princess Olivia," manages to incorporate a breezy acoustic guitar vamp to the "Ode to Joy" theme from Beethoven's Symphony No. 9 that works perfectly in the exuberant context of the song, one of the most delightfully, uninhibitedly joyous of Stewart's career, and one that could have made a killer single in a different era, when there were singles to sell by artists like Stewart. This album also is decidedly different from other Stewart live recordings, of which there are many from across his career -- he has avoided including here any of his most familiar fare; there is no "Year of the Cat," "Roads to Moscow," or "Nostradamus"; only solid album fare and core repertory, a survey of a lot of the best of his material that wasn't over-exposed on the radio. In that regard, it's a special treat for longtime fans, but it's also a great way for the uninitiated to discover Stewart's work beyond the obvious hits. ~ Bruce Eder