A female explorer travels to a desert island to find her missing fiance, transformed into a monster, in this spectacular special-effects laden tribute to classic drive-in films. 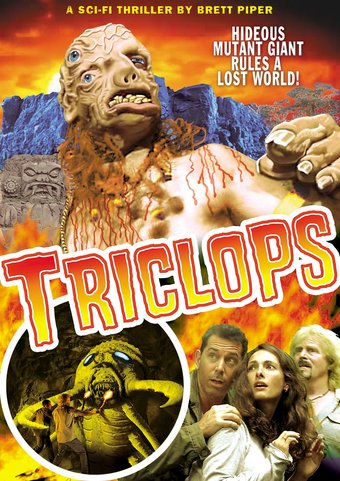 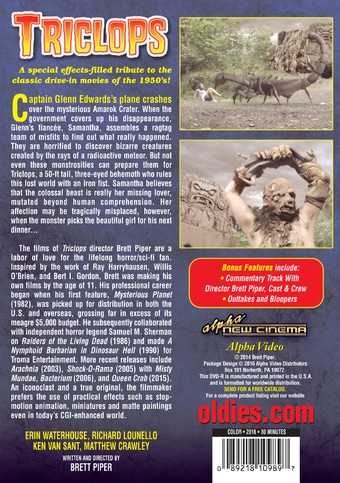 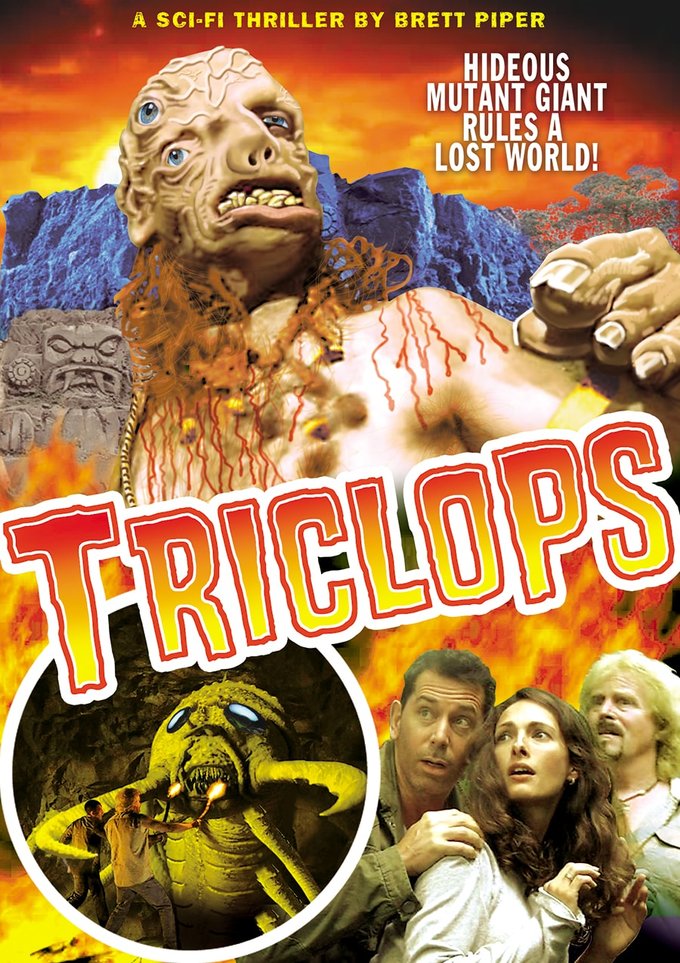 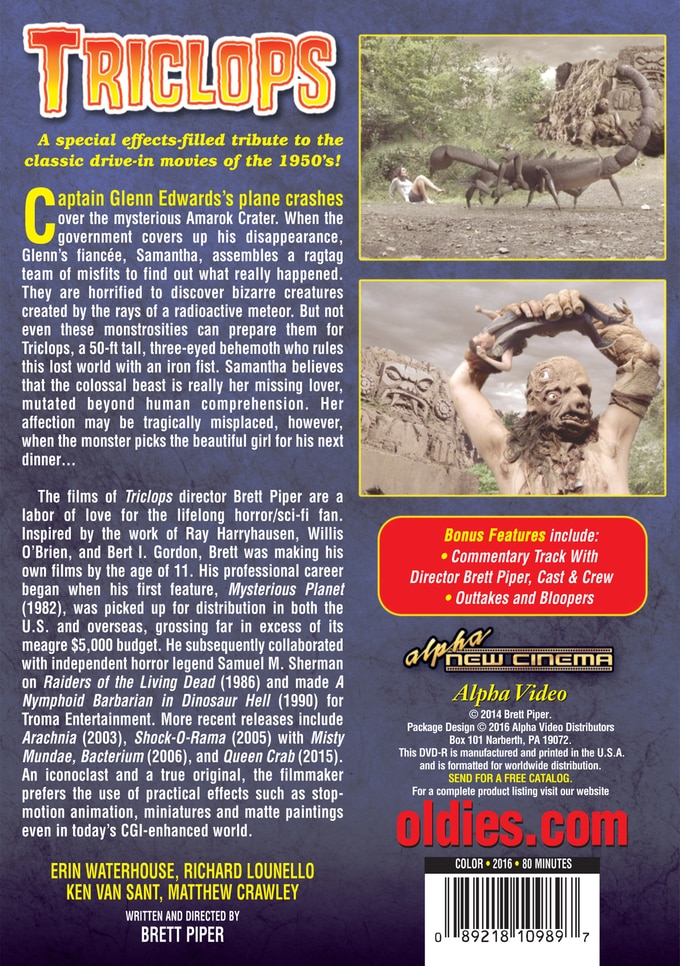 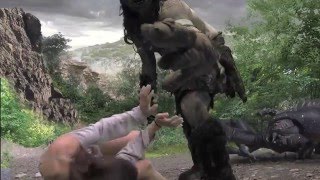 A special effects-filled tribute to the classic drive-in movies of the 1950's!

Captain Glenn Edwards's plane crashes over the mysterious Amarok Crater. When the government covers up his disappearance, Glenn's fiancée, Samantha, assembles a ragtag team of misfits to find out what really happened. They are horrified to discover bizarre creatures created by the rays of a radioactive meteor. But not even these monstrosities can prepare them for Triclops, a 50-ft tall, three-eyed behemoth who rules this lost world with an iron fist. Samantha believes that the colossal beast is really her missing lover, mutated beyond human comprehension. Her affection may be tragically misplaced, however, when the monster picks the beautiful girl for his next dinner...

The films of Triclops director Brett Piper are a labor of love for the lifelong horror/sci-fi fan. Inspired by the work of Ray Harryhausen, Willis O'Brien, and Bert I. Gordon, Brett was making his own films by the age of 11. His professional career began when his first feature, Mysterious Planet (1982), was picked up for distribution in both the U.S. and overseas, grossing far in excess of its meagre $5,000 budget. He subsequently collaborated with independent horror legend Samuel M. Sherman on Raiders of the Living Dead (1986) and made A Nymphoid Barbarian in Dinosaur Hell (1990) for Troma Entertainment. More recent releases include Arachnia (2003), Shock-O-Rama (2005) with Misty Mundae, Bacterium (2006), and Queen Crab (2015). An iconoclast and a true original, the filmmaker prefers the use of practical effects such as stop-motion animation, miniatures and matte paintings even in today's CGI-enhanced world.

25%off
Sleazy Slaughterhouse Double Feature: Bloodbath In... (DVD-R)
$5.95 on Sale
Add to Cart