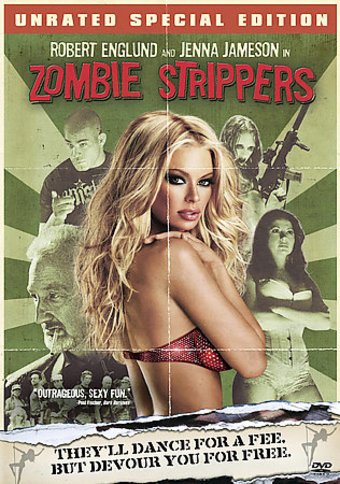 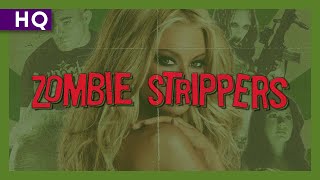 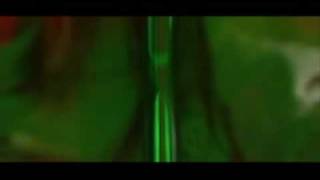 Robert Englund (best known for playing Freddie Krueger) and Jenna Jameson (best known for playing naked), might seem like an odd cinematic pairing, but not when you consider the title of this horror comedy: ZOMBIE STRIPPERS. When the exotic dancers of Sartre, Nebraska, begin getting zombified, it's up to a few of their own to save the day. Jay Lee (THE SLAUGHTER) wrote and directed this blood-and-boob-filled satire.

Worldwide media sensation JENNA JAMESON and Nightmare on Elm Street's ROBERT ENGLUND star in ZOMBIE STRIPPERS. When a secret government agency lets out a deadly chemo virus causing the reanimation of the dead, the first place to get hit is Rhino's, a hot underground strip club. As one of the strippers gets the virus, she turns into a supernatural, flesh-eating zombie stripper, making her the hit of the club. Do the rest of the girls fight the temptation to be like the star stripper, even if there is no turning back' Also featuring ROXY SAINT (of the Goth band Roxy Saint and the Blackouts) and Ultimate Fighting Champion TITO ORTIZ, ZOMBIE STRIPPERS is a sexy, bloody, hilarious good time!