Al Stewart Past, Present and Future 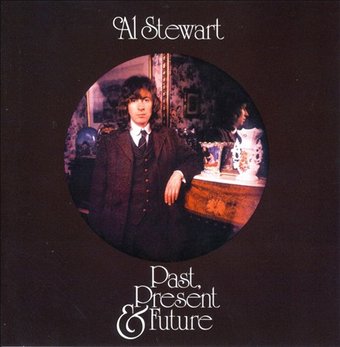 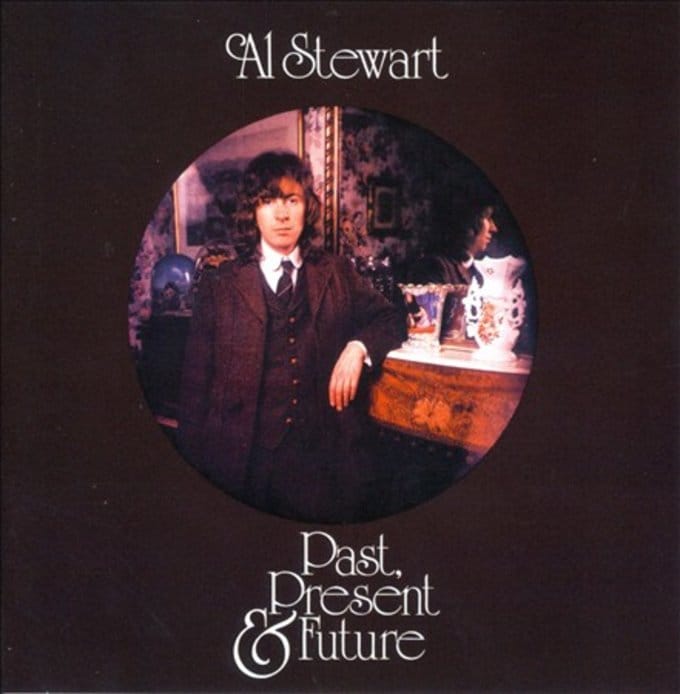 Personnel: Al Stewart (vocals, acoustic guitar); Peter Berryman, Isaac Guillory (acoustic guitar); Tim Renwick (electric guitar); B.J. Cole (steel guitar); Dave Swarbrick, Haim Romano (mandolin); Rick Wakeman, Tim Hinkley, Bob Andrews, Bob Sargeant (keyboards); Peter Wood (keyboards, piano accordian); Francis Monkman (synthesizer); Alistair Anderson (English concertina); Bruce Odgers (bass); John Wilson (drums); Luciano Bravo, Lennox James, Michael Oliver (steel drums); Frank Ricotti, Roger Meadows Taylor (percussion); Krysia Kocjan, John Donelly, Mick Welton, Kevin Powers (background vocals).
Recorded at Trident Studios, London. Originally released on Janus (3063). Includes liner notes by Stephen K. Peeples.
This is Al Stewart's fifth release.
As good as portions of it were, Orange was essentially a transitional effort, the necessary bridge to Past, Present & Future, the record where Al Stewart truly begins to discover his voice. This is largely through his decision to indulge his fascination with history and construct a concept album that begins with "Old Admirals" and ends with "Nostradamus" and his predictions for the future. A concept like this undoubtedly will strike prog warning bells in the minds of most listeners but, ironically, he has stripped back most of the prog trappings from Orange, settling into a haunting folk bed for these long, winding tales. If anything, this results in an album that is a bit too subdued, but even so, it's apparent that Stewart has finally found his muse, focusing his songwriting and intent to a greater extent than ever before. Now, the key was to find the same sense of purpose in record-making -- he didn't quite get it here, but he would the next time around. ~ Stephen Thomas Erlewine