If you think you know Shakespeare... Think again.

40K ratings
Currently Out of Stock: We'll get more as soon as possible
Notify Me When Available
Add to Wishlist
Format:  DVD  (2 Discs)
sku:  HCW4
92% recommend us! 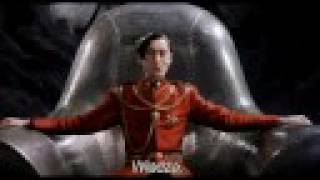 Based on Shakespeare's TITUS ANDRONICUS (one of the Bard's lesser-known and most gruesome works), director Taymor (Broadway's THE LION KING) brings this adaptation to life with dazzling imagery and haunting immediacy. Titus (Hopkins) is a victorious Roman general who makes two mistakes: supporting the wily Saturninus (Cumming) as the new Emperor, and wronging Tamora, Queen of the Goths (Lange), by killing her eldest son. Murder follows murder as the tides of fate change, as Tamora is aided by her two reckless sons and her Moor lover, Aaron (Lennix). The body count is raised higher and higher until Titus finally holds a very special dinner banquet. Taymor's bold visual sense verges on absurdity, but her sense of morality, as well as powerful acting by Hopkins and company, combine to tell a powerful, violent tale.

Once Upon a Time in America (Extended Director's Cut)...
$12.50 Super Savings
Add to Cart