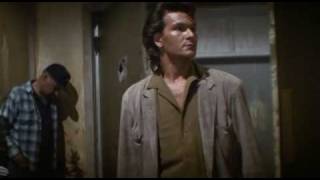 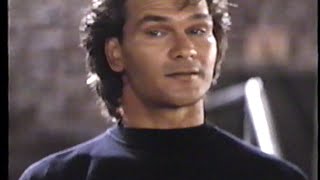 Patrick Swayze stars in this modern-day Western as a tough guy who has poetic instincts and drives a Mercedes. Fresh from earning his doctorate in Eastern Philosophy from New York University, mettlesome loner Dalton (Swayze) finds work as a bouncer at an anarchic road house. Within weeks, Dalton has rid the bar of the ruffians ruining its business and has even struck up a romance with a sexy doctor (Kelly Lynch). Then Dalton bounces the wrong man, who turns out to be one of town crime boss Brad Wesley's henchmen. Wesley first tries to buy Dalton off, but fails. When Wesley learns of Dalton's new lover -- who used to be Wesley's significant other -- Wesley vows bloody vengeance. But Dalton, with his unique mixture of brute force and Zen oneness, isn't about to let his college money go to waste.

A man famous for being the best bouncer around is hired to help clean up a rowdy Missouri roadhouse called the Double Deuce. The Double Deuce has another problem besides the rowdy patrons, however, as the town's kingpin and his henchmen eliminate anyone who gets in their way.