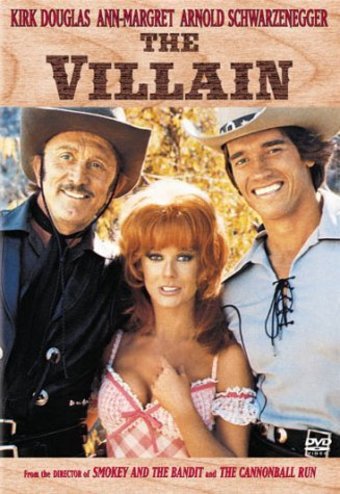 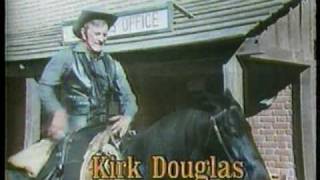 Stuntman-turned-director Hal Needham (CANNONBALL RUN), fashioned this intricately staged slapstick western after Road Runner cartoons. Cowboy Handsome Stranger (Arnold Schwarzeneggar) is escorting Charming Jones (Ann-Margret) to obtain a large amount of money from her father. However, they don't know that bumbling villain Cactus Jack (Kirk Douglas) has been hired to try and get the money from them in transit. The action is enhanced by the presence of several veteran character actors and comedians, including Ruth Buzzi, Foster Brooks, Jack Elam, and Paul Lynde.

Modeled after wildly paced "Roadrunner" cartoons, "The Villain" is a hilarious romp through the Western genre. Kirk Douglas stars as the bumbling outlaw Cactus Jack, and Arnold Schwarzenegger plays the straight-laced hero.
Jack is hired by dastardly banker Avery Simpson to steal cash from the beautiful Charming Jones -- who plans to use the money to save her father's silver mine from foreclosure. Accompanying Charming is Handsome Stranger, who spends his time thwarting the lascivious Miss Jones's sexual advances.
Every time Jack sets up a new trap for the travelers, it backfires, turning Jack into the victim of his own devices. But when Charming becomes fed up with Handsome Stranger's unwavering chastity, Jack may just stand a chance...

Into the Badlands (DVD)
$6.20 Super Savings
Add to Cart