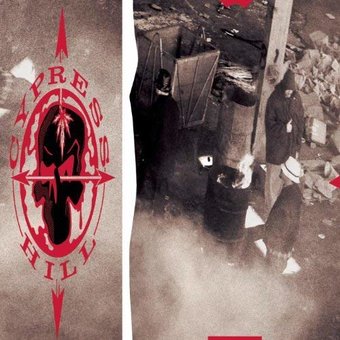 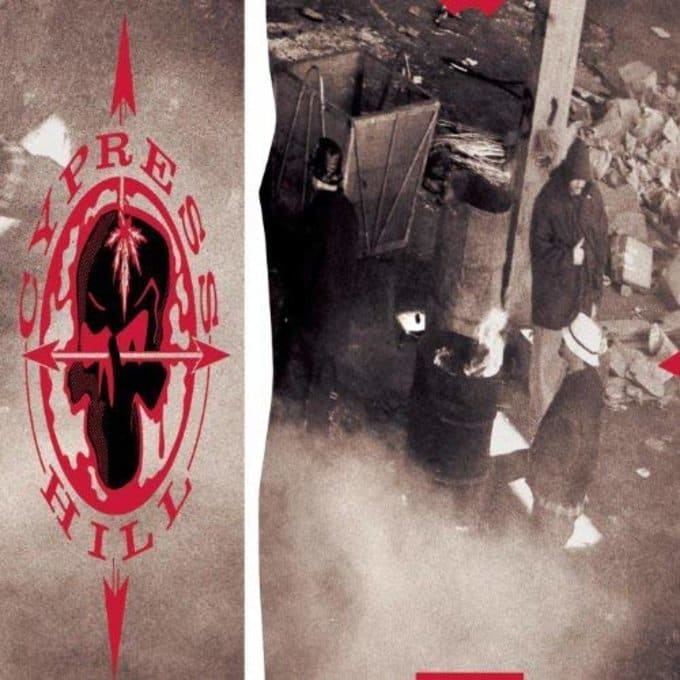 Cypress Hill: B-Real, Sen-Dog, D.J. Muggs.
Recorded at Image Recording, Los Angeles, California.
Latinos have been flexing their influence within hip-hop culture at least since the late '70s, when deejays like Charlie Chase and b-boy crews like the Rockwell Association and the infamous Rocksteady Crew made their presence felt at block parties and battles in the Bronx and uptown Manhattan. Throughout the '80s, Spanglish rappers like Kid Frost and (Sen-Dog's older brother) Mellow Man Ace saw some commercial success. But it wasn't until 1991 that a crew brought the Spanish language and sensibility into a hip-hop context at the level where it not only reached mainstream audiences, but also transcended ethnic lines within the inner city. Cypress Hill is that crew.
Their production style (crafted by DJ Muggs, a transplant to LA from the east coast), takes lessons from Prince Paul and the Bomb Squad, but tempered with a distinctly west coast feel reminiscent of the Los Angelino funk of War and Carlos Santana. Vocally, B Real and Sen-Dog achieve an off-kilter balance not unlike the counterpoint between Chuck D's boom and Flavor Flav's singsong interjections. Similarly, their lyrical content negotiates a truce between the urgency of NWA and the playful taunts of the Beastie Boys, interlaced with Spanish vocabulary.