Dion Born To Be With You 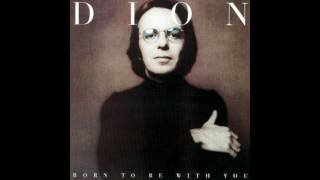 Dion-Born To Be With You (Music Video) 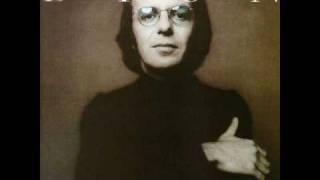 Dion - Only you know (Music Video)

Dion is one of the most celebrated performers of the rock era and has been inducted into both the Rock & Roll and Grammy Halls of Fame. This CD features his 1975, Phil Spector-produced LP and includes the tracks "He's Got The Whole World In His Hands," "Only You Know," "Good Lovin' Man" and four bonus tracks including "Baby Let's Stick Together."

Personnel: Art Munson, David Cohen, Don Peake, Dennis Budimir, Dion DiMucci, Wally Snow, Ron Koss, David Kessel, Dan Kessel, Jesse Ed Davis , Perry Cole, Thom Rotella, Barney Kessel, Bill Perry, Phil Spector (guitar); Jimmy Getzoff Strings (strings); Nino Tempo (saxophone, horns); Don Menza, Fred Selden, Steve Douglas , Bobby Keyes, Jay Migliori, Jim Horn, Conte Condoli (horns); Mike Wooford, Joe Sample, Andy Thomas, Tom Hensley, Barry Mann (piano); Frank Kapp, Hal Blaine, Jim Keltner (drums); Alan Estes, Gene Estes, Jeff Barry , Terry Gibbs, Gary Coleman, Emil Richards, Steve Foreman (percussion).
Director: Phil Spector.
Photographer: Norman Seeff.
Arranger: Nino Tempo.
Dion had gone four years without a hit when he was paired with producer Phil Spector in 1974, for an album that all concerned were convinced would relaunch both men's careers. Spector himself was especially bullish about the project, returning to his old stomping grounds at Gold Star Studios and recalling engineer Stan Ross to the mixing desk for the first time since they recorded the Paris Sisters together in 1962. He then assembled an enormous band of backing musicians -- no fewer than 40 players lined up to accompany Dion, including a dozen guitarists, seven percussionists, and five pianists. The result was not, however, the sonic extravaganza that most people were expecting. Rather, where the Wall of Sound had exploded with joy, Born to Be With You seemed almost to close in on itself, a darkly introspective album that took its lead, in many ways, from the 1970 Dion hit single that was dropped in among the Spector productions, "Your Own Backyard." Lit throughout by the reflections of a middle-aged man acknowledging his prime was behind him, Born to Be With You comprised six new recordings, including a positively funereal rendering of "He's Got the Whole World in His Hands," a dramatic retread of Barry Mann and Cynthia Weil's "Make the Woman Love Me," and a dour Spector/Dion collaboration, "Good Lovin' Man." And the darkness didn't lift once. Dion's management was horrified, and tried hard to have the album revamped. Spector, however, maintained total control over the proceedings and, tired of the sniping, canceled plans for an American release -- Born to Be With You would ultimately appear in the U.K. only, in 1975. Dion, too, was unhappy -- "I don't think we ever really finished that," he complained in 2003. It shocked him mightily, then, to discover that names as far apart as Andrew Loog Oldham, Bobby Gillespie, Jason Pierce, and Pete Townshend have pronounced Born to Be With You one of the finest albums ever made. And they were correct. ~ Dave Thompson