He's running for district attorney. And technically he's not a murderer. 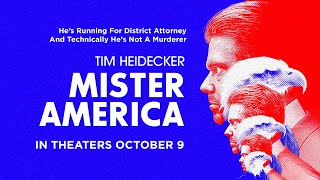 A young filmmaker follows Tim Heidecker in the final days of his political campaign running for district attorney of San Bernardino, California, against his biggest enemy, Vincent Rosetti (Don Pecchia). With no funds, experience, or connections, Tim goes to the streets in an attempt to win over the community. However, due to his bad reputation, Tim experiences great difficulties while pursuing his dream. Directed by Eric Notarnicola and written by Gregg Turkington and Tim Heidecker.

The Dictator
$19
Add to Cart