They came home to bury mom... and her killer 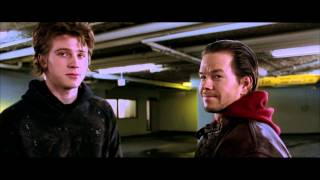 When their beloved foster mother is killed in a holdup, four tough brothers reunite in their old Detroit neighborhood with revenge on their minds. Mark Wahlberg plays the brawl-hungry leader, Bobby. His brother, Angel (Tyrese Gibson), is a rowdy sailor with a high-strung Latina girlfriend (Sofi Vergara). Garrett Hedlun plays the young rock & roller of the clan. And Outkast's Andre 3000 is the family man whose tenuous mob connection may link him to the killers. Director John Singleton ably blends his action skills (SHAFT, 2 FAST 2 FURIOUS) and his gift for capturing the warm heart at the center of violent urban masculinity (BABY BOY, BOYZ N THE HOOD) to create a cooked-to-perfection gangsta stew. A soundtrack jammed with 1970s Motown classics roots everything firmly in the gritty tradition of the best of that decade's blaxploitation and urban revenge thrillers. Action highlights include a skidding car chase through snowy streets, some rough street hockey, and a bullet-intensive neighborhood shoot-out. With its talented, likeable cast, clever plotting, and sharp dialogue, this is a real crowd-pleaser that nonetheless doesn't shy away from depictions of street violence. There's not an ounce of fat on it--no extraneous romance, and no going "straight" at the end. Terrence Howard (HUSTLE & FLOW) is the well-meaning but ineffectual detective who tries to put a lid on the boys' rebelliousness. The spirits of Dirty Harry and Charles Bronson should be proud, and action fans will be well pleased.

Blood In, Blood Out
$5.80 Super Savings
Add to Cart