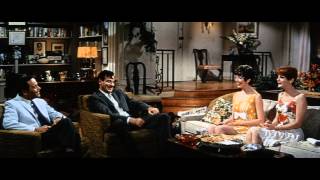 Neil Simon's play comes to the screen as divorcees Felix and Oscar move in together when their marriages break up. They soon discover their personalities and housekeeping rules are explosively incompatible. Academy Award Nominations: 2, including Best (Adapted) Screenplay, Best Film Editing.

After being thrown out of his home and marriage, fastidious Felix decides the only thing for him to do is to move in with his best friend, Oscar Madison, a divorced man living alone in an upper eastside apartment. Oscar is a total slob, with week old sandwiches under his pillows, while Felix is a compulsive cleaner, constantly vacuuming, dusting and polishing. The question is: Can these men live together with out killing each other'...