A Crack in the Floor

Currently Out of Stock: We'll get more as soon as possible
Notify Me When Available
Add to Wishlist
Format:  DVD-R
sku:  72EGS
Related products:
10 Violent Women for $5.95
Loverboy for $5.98
92% recommend us! 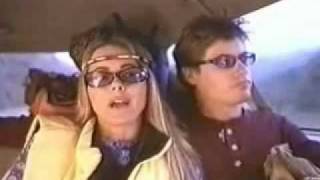 A Crack in the Floor - trailer

On the way through the mountains during a hiking trip, three young couples are met by a group of perverse locals--including Tyler Trout (Gary Busey), a man obsessed with murdering chickens--before making camp in a seemingly vacant cabin. However, the group is unaware of the evil presence lurking in the cabin's basement; a man named Jeremiah is watching them through a crack in the floor, ready and waiting to exercise his inner demons on anyone who has the misfortune of crossing his path. Jeremiah is haunted by a terrible childhood trauma in which he witnessed the rape and murder of his mother. Now, the thought of revenge leaves him with murderous desires. While the campers rest in fear of who (or what) is hanging about outside the cabin walls, they are yet to behold the horror that dwells beneath them.

Thriller
This product is made-on-demand by the manufacturer using DVD-R recordable media. Almost all DVD players can play DVD-Rs (except for some older models made before 2000) - please consult your owner's manual for formats compatible with your player. These DVD-Rs may not play on all computers or DVD player/recorders. To address this, the manufacturer recommends viewing this product on a DVD player that does not have recording capability.