Nixon by Nixon: In His Own Words 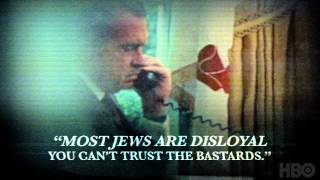 Nixon By Nixon: In His Own Words (HBO Documentary Films) (Trailer) 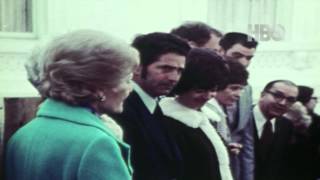 Nixon By Nixon: In His Own Words - Clip #1 (HBO Documentary Films)

From 1971-73, Richard Nixon secretly recorded his private conversations in the White House. When the existence of the tapes was exposed during the Watergate scandal, Nixon refused to allow their release, explaining they contained "blunt and candid remarks on many different subjects" that could sully the presidency forever. Only certain conversations pertaining to Watergate ended up being heard at the time, but after Nixon's death in 1994, the government began releasing the tapes. In 2010, hundreds more hours of recordings were released by the Nixon Library. Using excerpts from the tapes, original press reports, and Nixon's reflections a decade after the tapes were exposed, Nixon By Nixon: In His Own Words chronicles Nixon's conversations about historic events including the war in Vietnam, the Pentagon Papers leak, his Supreme Court appointments, and more. The tapes expose many of the "blunt and candid" statements made by the President about women, people of color, Jews, and -- perhaps his favorite target -- the media.