Rolling Stone: 3.5 stars out of 5 -- "Mumford's desperation, elevated in TNT dynamics, can be thrilling..." 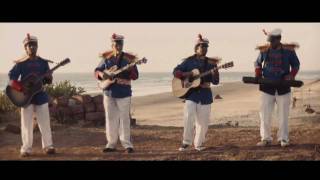 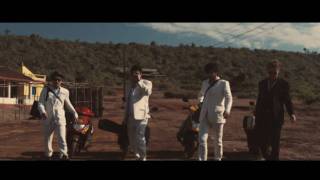 Rolling Stone - p.74
3.5 stars out of 5 -- "Mumford's desperation, elevated in TNT dynamics, can be thrilling..."
Paste (magazine) - "The unashamedly universal themes are matched by the group's booming sound and imagery that stretches out over space and time."
Clash (Magazine) - "Soul-stirring and for much of the time uplifting, the bangs of their banjo and euphoric bluegrass beats make this lot's trade seem untouchable..."

English folk outfit Mumford & Sons' full-length debut owes more than a cursory nod to bands like the Waterboys, the Pogues, and the Men They Couldn't Hang. The group's heady blend of biblical imagery, pastoral introspection, and raucous, pub-soaked heartache may be earnest to a fault, but when the wildly imperfect Sigh No More is firing on all cylinders, as is the case with stand-out cuts like "The Cave," "Winter Winds," and "Little Lion Man," it's hard not to get swept up in the rapture. Like their London underground folk scene contemporaries Noah & the Whale, Johnny Flynn, and Laura Marling, Mumford & Sons' take on British folk is far from traditional. There's a deep vein of 21st century Americana that runs through the album, suggesting a healthy diet of Fleet Foxes, Arcade Fire, Sufjan Stevens, Blitzen Trapper, and Marah. That melding of styles, along with some solid knob-twiddling from Arcade Fire/Coldplay producer Markus Dravs, helps to keep the record from completely sinking into the quicksand of its myriad slow numbers -- tracks like "I Gave You All," "Thistle & Weeds," and "After the Storm" are pretty and plain enough, but they neuter a band this spirited. Sigh No More is an impressive debut, but one that impresses more for its promise of the future than it does its wildly inconsistent place in the present. ~ James Christopher Monger