Glitter and Gold: Words and Music by Barry Mann and Cynthia Weil
by Various Artists

Record Collector (magazine): 4 stars out of 5 -- "Mann & Weil really understood the feels of New York pop, and wrote wonderfully to order while maintaining the highest standards. This collection really does them justice." 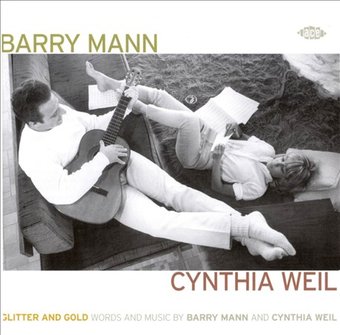 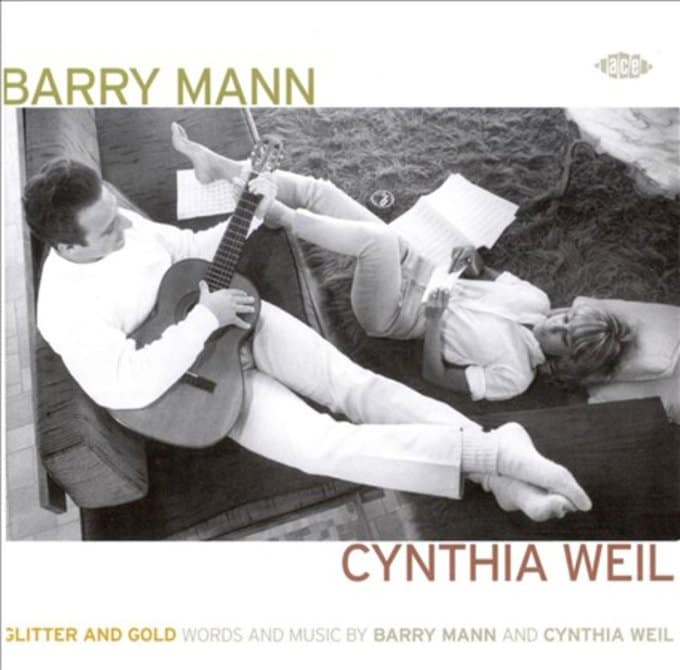 Record Collector (magazine) - p.105
4 stars out of 5 -- "Mann & Weil really understood the feels of New York pop, and wrote wonderfully to order while maintaining the highest standards. This collection really does them justice."
Record Collector (magazine) - p.104
4 stars out of 5 -- "[A] superb mix of familiar classics, unusual versions and out-and-out obscurities....A treasure trove of top-drawer New York songwriting. They really don't write 'em like this any more."

Liner Note Author: Mick Patrick.
Authors: Cynthia Weil; Barry Mann.
Illustrators: John Clemente; Eric Charge; Malcolm Baumgart; Roger Armstrong; Tony Rounce; Mick Patrick.
Arrangers: Frankie Brown; Gary Geld; Glen Spreen; Jack Nitzsche; Teacho Wiltshire; Jimmie Haskell; Jimmy Wisner; Alan Lorber; Mike Leech; Nino Tempo; Peter Udell; Bergen White.
In common with Ace's numerous other anthologies devoted to compositions by major 1960s pop/rock songwriters, Glitter and Gold: Words and Music by Barry Mann and Cynthia Weil is neither quite a best-of nor a rarities compilation. Instead, it mixes some big and small hits with collectors' items, with just one of the 26 tracks (Dion's "Make the Woman Love Me") postdating 1970, and a few songs in which they didn't collaborate, or other songwriters were also involved, though most of them are pure Barry Mann-Cynthia Weil creations. The average Brill Building pop fan will notice right away that a few of their signature hits are absent, particularly the Righteous Brothers' "You've Lost That Lovin' Feeling," and "(You're My) Soul and Inspiration," the Animals' "We Gotta Get out of This Place," the Ronettes' "Walking in the Rain," and the Crystals' "He's Sure the Boy I Love." Working on the assumption that the core audience for this reissue already has those songs elsewhere, however, this is an expectedly (given the standards Ace always brings to these collections) fine roundup of the best and rarest of the rest, even if the determination to include some collectors' items ensures a somewhat erratic listen.
As for the big hits that are included, you do get Mama Cass' "It's Getting Better," Gene Pitney's "I'm Gonna Be Strong," Paul Revere & the Raiders' "Hungry," B.J. Thomas' "I Just Can't Help Believing," and the Vogues' "Magic Town," and if some might be disappointed that the version of "Kicks" is by Del Shannon and not the Paul Revere hit, at least it's more off the beaten track. As for the outstanding tunes that weren't smashes, Arthur Alexander's "Where Have You Been (All My Life)" is a soulful ballad covered by the Beatles in their early days; the Girls' sinister Shangri-Las-like "Chico's Girl" is one of the greatest girl group rarities; Nino Tempo & April Stevens' "The Coldest Night of the Year" is a nice whispery, sexy number; and the Righteous Brothers' "See That Girl" has the same Phil Spector-ish sweep of their big hits. Beyond that, things get spotty, if usually interesting, some of the more notable cuts including Joanie Sommers' "I'd Be So Good for You" (even if it sounds a lot like Skeeter Davis' "Let Me Get Close to You"); the uplifting "Girl, It's Alright Now" by Bruce & Terry, aka Beach Boy Bruce Johnston with producer Terry Melcher; and Bill Medley's small 1968 hit "Brown Eyed Woman," a veiled reference to an interracial romance. A bunch of the other selections are minor footnotes to Mann and Weil's greatest material, whether they're non-hits by stars like the Tokens, the Marcels, the Chiffons, and the Turtles, or just plain obscurities by the likes of Bergen White and the 2 of Clubs. At almost all times, however, Mann-Weil's attentiveness to melodic detail and thoughtful song construction are in evidence, making this an illuminating anthology for all fans of one of the great Brill Building songwriting teams. ~ Richie Unterberger

38%off
Yesterday Has Gone: The Songs of Teddy Randazzo
$15.98 on Sale
Add to Cart

Honey and Wine: Another Gerry Goffin and Carole King Song...
$13.60
Add to Cart