Toots & The Maytals Light Your Light

Down Beat: 3.5 stars out of 5 -- "His raspy shouts and sighs, alternating joy and melancholy, inform old rock-steady tunes..." 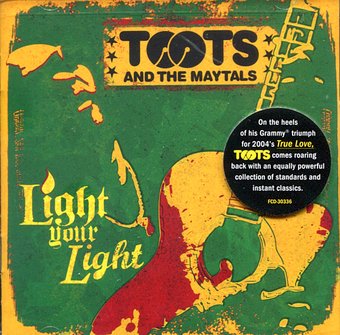 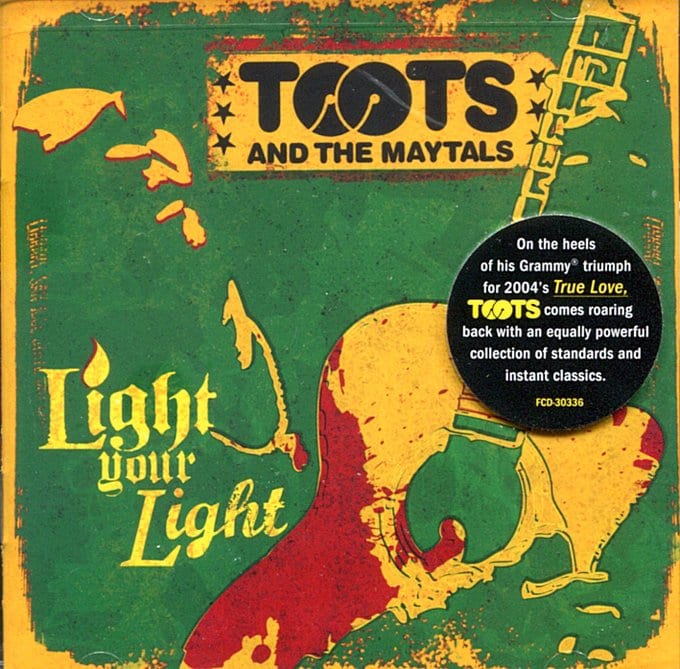 Toots & the Maytals: Jason Sinsay, Andy Brassford, Ray Huttchins, Harvard-Radcliffe Collegium Chamber Chorus (guitar); Toots (acoustic guitar); Jason Robinson (saxophone); Andy Geib (trombone); Carroll "Bowie" McLaughlin (piano); Stephen Stewart (Hammond b-3 organ); Roman Johnson, Norris Webb (keyboards); Hopton Hibbert, Ian Lewis, Jackie Jackson , Carl Harvey (bass guitar); Leroy "Horsemouth" Wallace, Paul Douglas , Kirk Bennett (drums); Tom Weir (percussion); Richard Feldman (programming); Marie 'Twiggy' Gittens, Toma King, Chantal Ernandez, Leba Hibbert Thomas (background vocals).
Additional personnel: Derek Trucks, Bonnie Raitt.
There are, of course, no Maytals in Toots & the Maytals (the actual group broke up in 1981), and it's all just Toots Hibbert these days, which is fine, really, since his gospel and Memphis soul-inflected vocals have made Toots one of the most explosive and exciting performers ever to come out of Jamaica. Light Your Light was produced by Toots in conjunction with with Zadig, but unlike 2004's duets album True Love (produced by Richard Feldman, who mixed this one), which diffused Toots' powerful presence with a succession of rock star partners, this time out Toots is completely center stage (which is always a good thing). True, slide guitarist Derek Trucks is featured on the lead track, a reworking of Toots' 1970s-era "Johnny Coolman," but he wisely works the tune instead of trying to steal it. Bonnie Raitt turns up on the second track, again a re-record, this time of the poignant "Premature," Toots' cautionary tale about early pregnancy, and again Raitt lets the song lead things. Everything else is all Toots Hibbert, including a fine cover of Otis Redding's "Pain in My Heart," a bouncing "Celia" (featuring Toots' son Hopeton on bass and legendary island drummer Leroy "Horsemouth" Wallace), a version of Ray Charles' "I Got a Woman" (as "I Gotta Woman"), and the track that will probably get the most attention here, a tribute to the immortal Skatalites and to Studio One producer Coxsone Dodd called "Tribute to Coxson/Guns of Navarone" that features sax from Dean Fraser. In all, Light Your Light is a much better affair than the ill-advised True Love, with a clean, clear, and bright sound -- and then, of course, the vocal work of the remarkable Toots Hibbert, who just might be the most powerful singer Jamaica has ever produced. Light Your Light doesn't take things back to the glory days, but it doesn't embarrass, either, and shows that this remarkable performer still has plenty of gas in his tank and hopefully many more miles (and albums) to go. ~ Steve Leggett