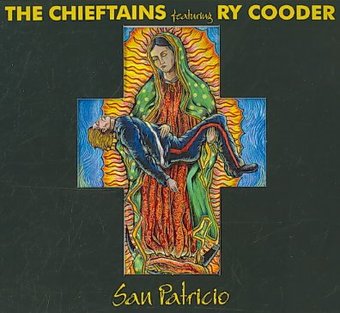 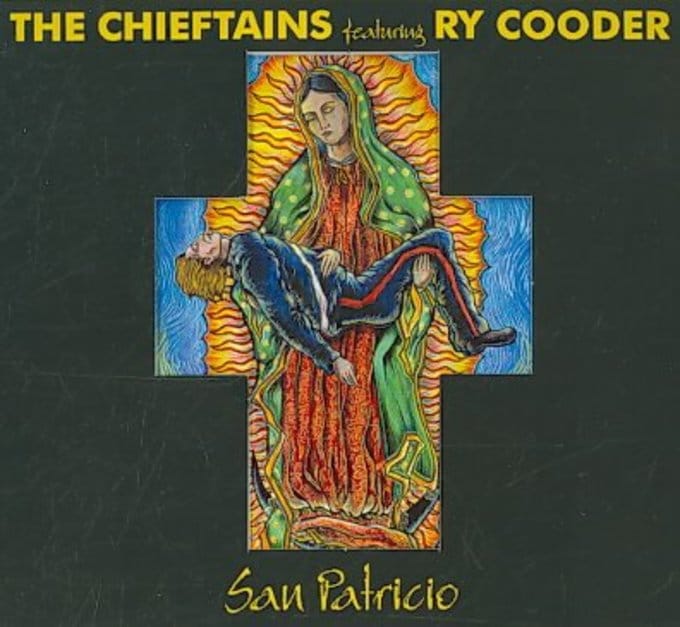 Billboard - "The lastest collaboration between the Chieftains and Ry Cooder symbolizes more than the union of two of the most respected names in world music; there's also a powerful thematic concept at work here."

Audio Mixers: Paddy Moloney; Brian Masterson.
Liner Note Author: Paddy Moloney.
Recording information: Clinton Studios, New York, NY; Good Neighbot Studio, Chatsworth, CA; Hyde Street Studios, San Francisco, CA; Morelos, Mexico; Quinteiro De Nerua, Galicia, Spain; Sage And Sound Studio, Hollywood,CA; Sony Studios, Mexico City, Mexico; Soundscape Studios, Dublin, Ireland; The Audio Dept., New York, NY.
To delve into history is to reach into mystery. Music is a time-honored method for investigating both. The Chieftains' Paddy Moloney has been obsessed with the historical account of the San Patricios, a band of immigrant Irish soldiers who deserted the American Army during the Mexican-American War in 1846 to fight for the other side, against the Manifest Destiny ideology of James Polk's America. Moloney's Chieftains and co-producer Ry Cooder decided to try to tell it musically. The result brings this fascinatingly complex tale to life in the modern world and examines issues of discrimination, conscience, and empire.
The knowledge of Argentinian radio programmer Guadalupe Jolicouer pointed Moloney to traditional Mexican sources -- canciones, sons, norte¤os, rancheras, boleros, and polkas from the period. Moloney sorted them. He then selected, arranged, and added music he knew from the period that echoed the Irish sources. He and Cooder rounded up the numerous players, instruments, and locales necessary. Mexican performers such as los Tigres del Norte, Lila Downs, Chavela Vargas, los Folkloristas, los Camperos de Valles, and many others are featured alongside the Chieftains, Cooder, Linda Ronstadt, Galician piper Carlos Nunez, Liam Neeson, and Van Dyke Parks. Sessions were taped in Mexico, Spain, Los Angeles, New York, and Dublin. Sung in Spanish and English, the collection illumines the San Patricios' chapter in Irish history, which was considered shameful until recently -- though in Mexico they've always been regarded as heroes. Through utterly compelling and ingenious musical preservation and invention, the album asks questions about commonalities between cultures; it offers evidence that history, when told personally enough, reflects shared experiences across territorial and chronological lines, and stands outside any "official" narrative, mirroring back to listeners what they can feel empathy for and sympathize with.
While this album sounds like the Chieftains playing in fusion mode, it is so much more ambitious than anything they've attempted before. Some of the music here is contemporary, though much of it is over a century old; yet it reaches past its settings into the present day, telling of the indelibly rich meeting of two cultures oppressed by a third. It's full of gorgeous songs of heroism, love, tragedy, and loss. San Patricio's songs are sung passionately, without artifice, they're played expertly. The album may jar some listeners initially, but spending a little time with it will remedy that. San Patricio, more than merely satisfying Moloney's obsession, raises more questions about what stories lay hidden under the floorboards of history than it answers, thank goodness. Music this beautifully articulated allows cultures to talk to one another across time, space, language, and other divides. ~ Thom Jurek

The Chieftains
The Long Black Veil
$8.20
Add to Cart

The Chieftains
Further Down the Old Plank Road: The Nashville Sessions
$10
Add to Cart

The Chieftains
Voice of Ages
$16.30
Add to Cart

71%off
Cuarteto Patria
Lion Is Loose
$5
Add to Cart

65%off
Ayombe!: The Heart Of Colombia's Música Vallenata
$5.98 on Sale
Add to Cart

Steel Band Music of The Caribbean
$5.98 on Sale
Add to Cart

Kawina Creole Group
The Exotic and Pulsating Rhythms of the Carribean
$5.98 on Sale
Add to Cart