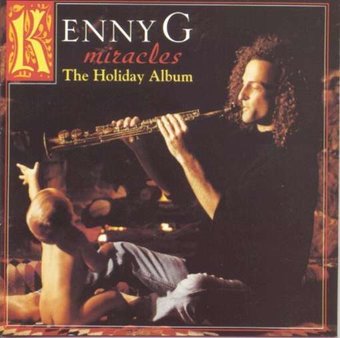 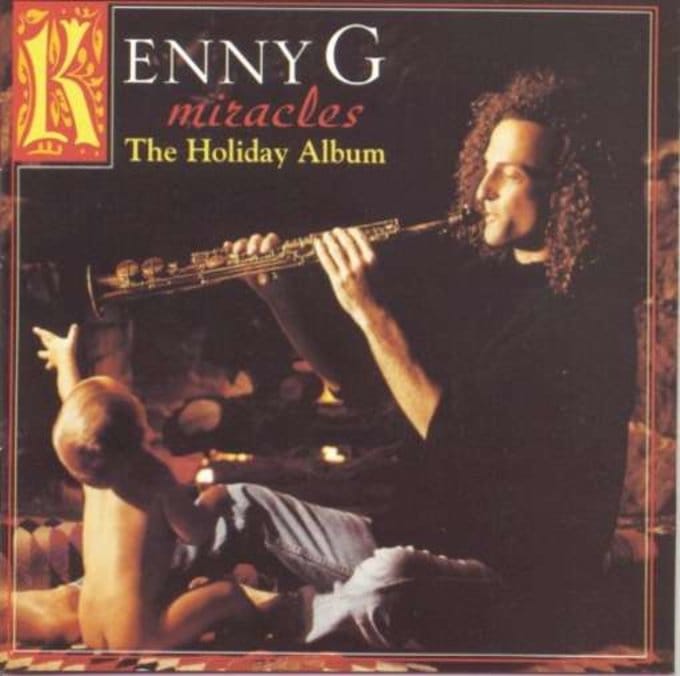 Personnel: Kenny G (soprano & tenor saxophone), Walter Afanasieff (various instruments), Dan Huff (guitar), William Ross (strings), Randy Waldman (piano), Randy Jackson (bass), John Robinson (drums).
Engineers: Steve Shepherd (tracks 1-3, 6, 8, 10-11); David Gleeson (tracks 4, 7); Dana Jon Chappelle (tracks 5, 9).
Recorded at Studio G & Ocean Way Studios.
"Have Yourself A Merry Little Christmas" was nominated for a 1996 Grammy Award for Best Pop Instrumental Performance.
Over the past decade, since first gaining popularity with the Jeff Lorber Fusion, soprano saxophonist Kenny G has become one of the most celebrated instrumental stars in all of popular music. By fusing elements of contemporary jazz with the most lyrical aspects of pop and R&B, Kenny G has created an enduring sound signature and a fan base that rivals that of any vocalist.
It is precisely these lyric, vocal gifts that make Kenny G's sound so instantly identifiable. And on MIRACLES: THE HOLIDAY ALBUM, the saxophonist has turned his attention towards some of the most enduring, engaging melodies in popular music. Inspired in part by the birth of his son, the album has a mellifluous melodic quality, a reassuring warmth, that transcends the holiday season.
Part of the credit must go to composer-arranger Walter Afanasieff, who has wielded his production skills for some of the biggest names in the business. Afanasieff proves himself an ideal harmonic foil on most every instrument you hear on MIRACLES, collaborating to particular effect on a pair of gentle originals: the title tune and "The Chanukah Song." Elsewhere, Kenny G and Afanasieff work their magic on several holiday chestnuts (including touching renditions of "Silent Night" and "Brahms Lullaby"), but it's the saxophonist's earthy work on tenor (a gospelish "Silver Bells" and a lilting "Greensleeves") that lingers long after the disc stops spinning.
Personnel: Gary Cirimelli (programming).
Recording information: Ocean Way Studios; Studio G.
Photographer: Timothy White.
Arrangers: Kenny G; Walter Afanasieff.
For those who prefer a jazzy Christmas or Chanukah, Kenny G may just offer the compact disc every collection needs. Miracles: The Holiday Album is a collection of songs that offers an alternative to the standard holiday fare. Kenny G's saxophone provides a pleasurable interpretation of many favorite holiday melodies, including "Winter Wonderland," "Silent Night," and "Silver Bells." However, it is "Miracles" that sets this collection of familiar songs apart from the traditional releases. Its melody tugs at the heart in an earnest desire to fulfill the true meaning of the holiday spirit -- love, peace, and goodwill to all. "The Chanukah Song" captures the essence of the significance of good health, happiness, and spiritual completion.
Produced and arranged by Kenny G and Walter Afanasieff except for "White Christmas," which was arranged by Kenny G and Robert Damper, Miracles provides one with the harmony, comfort, and joy not readily felt at other times of the year. Although Miracles was released in 1994, it is still very much "the" holiday jazz album. It is not only a departure from Kenny G's sexy and soulful sax playing, but a tribute to the timeless melodies that everyone loves to hear during the holidays. ~ Paula Edelstein

Kenny G
Classics in the Key of G
$6.50 Super Savings
Add to Cart

55%off
Michael Bolton
A Swingin' Christmas
$5.40
Add to Cart