The True Story of Jesse James

1.4K ratings
Currently Out of Stock: We'll get more as soon as possible
Notify Me When Available
Add to Wishlist
Format:  DVD-R
sku:  GVKS
More products that might interest you:
Classic Western Collection: 20 Full Color Vintage Movie Postcards (Movie Collectible) $4.78
Related products:
The Hurricane Express for $5.95
My Favorite Brunette for $5.95
Face/Off (Collector's Edition) (2-DVD) for $15.98
The Outlaw for $5.95
92% recommend us! 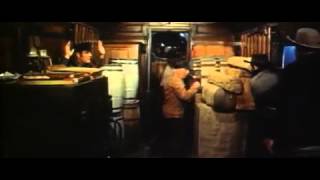 An account of the last eighteen years in the life of the notorious bank and train robber, Jesse James, and his brother and partner-in-crime, Frank.

After a detour into dramas such as REBEL WITHOUT A CAUSE, director Nicholas Ray returned to the Western genre with THE TRUE STORY OF JESSE JAMES. Robert Wagner (HART TO HART) starred as the title outlaw in this biopic that explored the man's origins as a criminal. Jeffrey Hunter strayed far from what would be his famous role as Jesus in KING OF KINGS to play fellow lawbreaker Frank James, with Hope Lange and Agnes Moorehead costarring as the most important women in James's life.

Adventure | True Story | Outlaws
This product is made-on-demand by the manufacturer using DVD-R recordable media. Almost all DVD players can play DVD-Rs (except for some older models made before 2000) - please consult your owner's manual for formats compatible with your player. These DVD-Rs may not play on all computers or DVD player/recorders. To address this, the manufacturer recommends viewing this product on a DVD player that does not have recording capability.