Foo Fighters The Colour And The Shape (2-LPs) 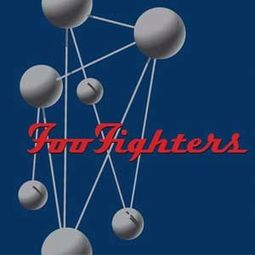 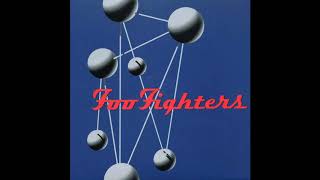 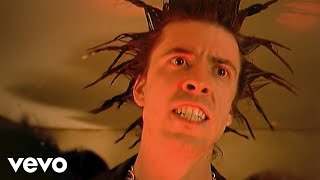 Foo Fighters: Dave Grohl (vocals, guitar, drums); Pat Smear (guitar); Nate Mendel (bass); William Goldsmith (drums).
Recorded at Grand Master Studios, Hollywood, California; Bear Creek, Woodinville, Washington and WGNS Studios, Washington, D.C.
THE COLOUR & THE SHAPE was nominated for a 1998 Grammy for Best Rock Album. "Monkey Wrench" was nominated for a 1998 Grammy Award for Best Hard Rock Performance.
Taking a cue from the old Blondie marketing slogan, the sophomore effort from Dave Grohl's post-Nirvana band was their "The Foo Fighters is a band" project -- well, at least it was intended that way, but Grohl pushed aside drummer William Goldsmith during the recording and played on the entire record. And who could blame him? When you're the greatest drummer in rock, it's hard to sit aside for someone else, no matter how good your intentions, and Grohl's drumming does give the Foos muscle underneath their glossy exterior. That slickness arrives via producer Gil Norton, hired based on his work with the Pixies, but he manages to give The Colour and the Shape almost too sleek a sheen, something that comes as a shock after the raggedness of the group's debut. Even the glossy final mix of Nevermind has nothing on the unapologetic arena rock of The Colour and the Shape -- it's all polished thunder, rock & roll that's about precision not abandon. Some may miss that raw aggression of Grohl's earlier work, but he's such a strong craftsman and musician that such exactness also suits him, highlighting his sense of melody and melodrama, elements abundantly in display on the album's two biggest hits, the brooding midtempo rockers "My Hero" and "Everlong." Elsewhere, the Foos grind out three-chord rockers with an aplomb that almost disguises just how slick Norton's production is, but everything here, from the powerful rush of the band to the big hooks and sleek surface, wound up defining the sound of post-grunge modern rock, and it remains as perhaps the best example of its kind. [Legacy's tenth anniversary edition of The Colour and the Shape was expanded by six bonus tracks, adding a clutch of non-LP B-sides, the highlight of which is a version of Gerry Rafferty's "Baker Street."] ~ Stephen Thomas Erlewine

42%off
Foo Fighters
Sonic Highways
$6.98 on Sale
Add to Cart