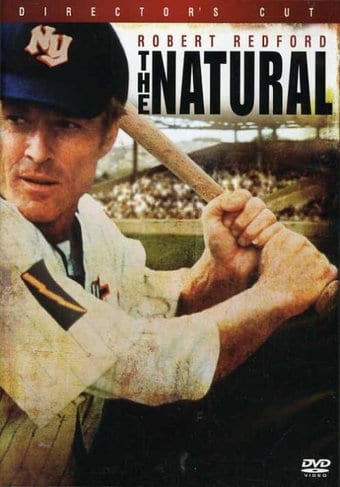 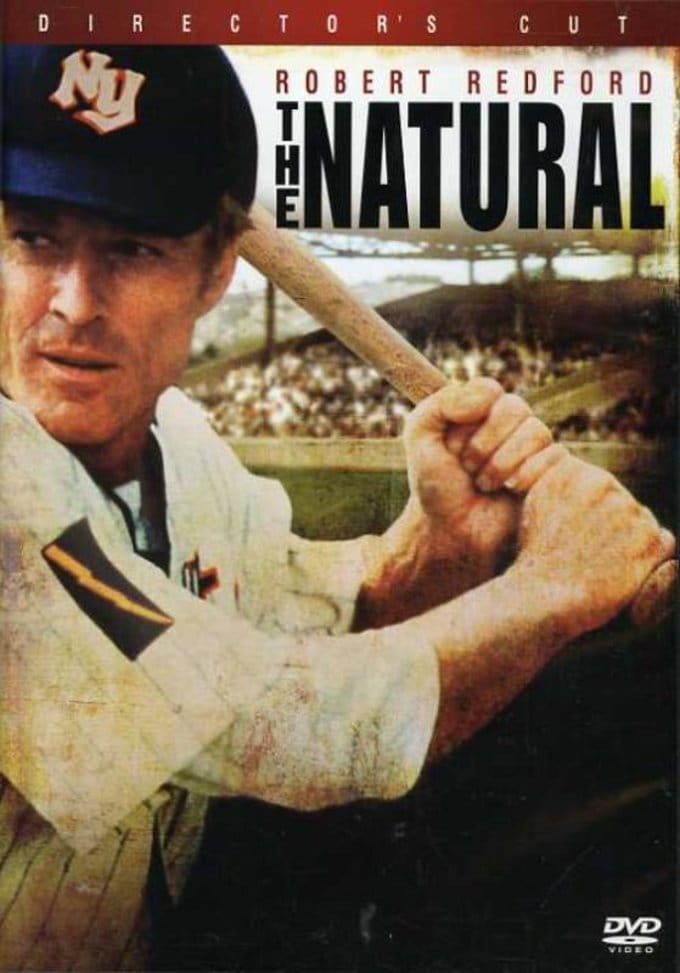 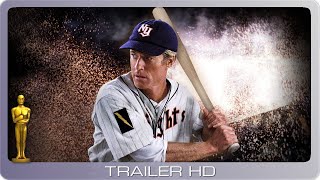 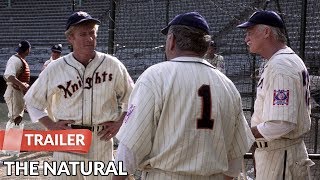 "'There goes Roy Hobbs...the best there ever was....'"
- Roy Hobbs (Robert Redford)
"Some mistakes you never stop paying for."
- Hobbs

Farm boy Roy Hobbs (Robert Redford) is the best baseball player anyone has ever seen. His bat, handmade from the wood of a tree felled by lightning following the death of his father, is magic in his hands. But before his career can start, the mysterious Harriet Bird (Barbara Hershey) inexplicably shoots him, sidelining him for more than a decade. Fifteen years later, Hobbs returns to play for the New York Knights, whose coach, Pop Fisher (Wilfred Brimley), begrudgingly accepts the aging rookie as a member of the team. Pop is as surprised as the rest of the team when Hobbs knocks the ball out of the park time and again and can still play a mean outfield as well. However, when the politics of the business side of the game get in the way, Hobbs has to make some life-changing decisions. Meanwhile, he becomes involved with Memo Paris (Kim Basinger), a sultry siren with her own agenda. Glenn Close plays Iris, the hometown girl whom Hobbs left behind but never forgot. Director Barry Levinson (DINER, RAIN MAN) manages to re-create the excitement of old-time baseball while telling an all-American tale of success and failure, based on the novel by Bernard Malamud.

This allegorical tale of success and failure in America tells the story of a natural born baseball player who should have been a star but gets a last chance to shine. Randy Newman's memorable score complements an excellent directorial effort by Barry Levinson.