The Batman Theme: Let's Dance with the Villains!! 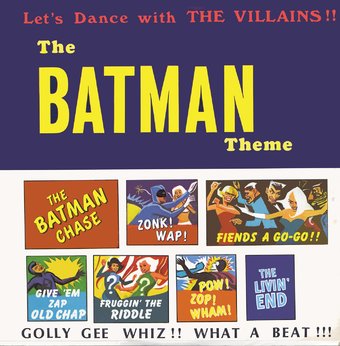 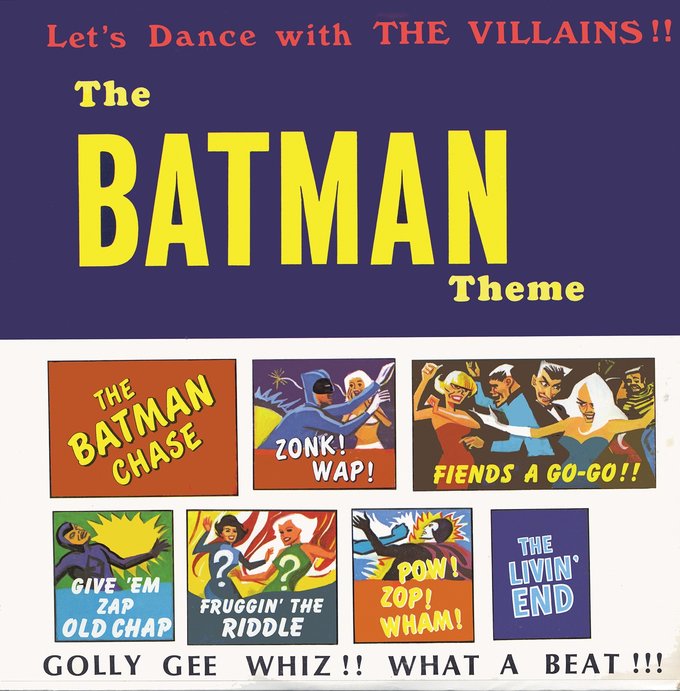 In 1966, there was no bigger pop culture phenomenon than the television show Batman, in which Adam West played the cowled crusader and guest stars appeared each week to make life miserable for the residents of Gotham City. As Batmania was at its height, Somerset Records, a budget label based in Pennsylvania, decided to get into the action, putting out an album that featured a combo of studio musician performing the show's theme song, as well as a batch of original instrumental rock & roll tunes given titles that related to the series ("Monkey with the Penguin," "In My Merry Batmobile," "Pow! Zop! Wham!"). Dubbing the ad hoc group the Villains, Somerset released the album though its network of distributors, who for the most part marketed their product through supermarkets, drugstores, and discount shops, and the LP faded from sight after a few years. In 2014, Rock Beat Records reissued The Batman Theme: Let's Dance with the Villains!!, giving a new generation a chance to hear these vintage instrumental workouts, complete with swirling organ, honking sax, and sharply twanging guitars. ~ Mark Deming

The Knack
Live At The House Of Blues (CD)
$15.70 Super Savings
Add to Cart