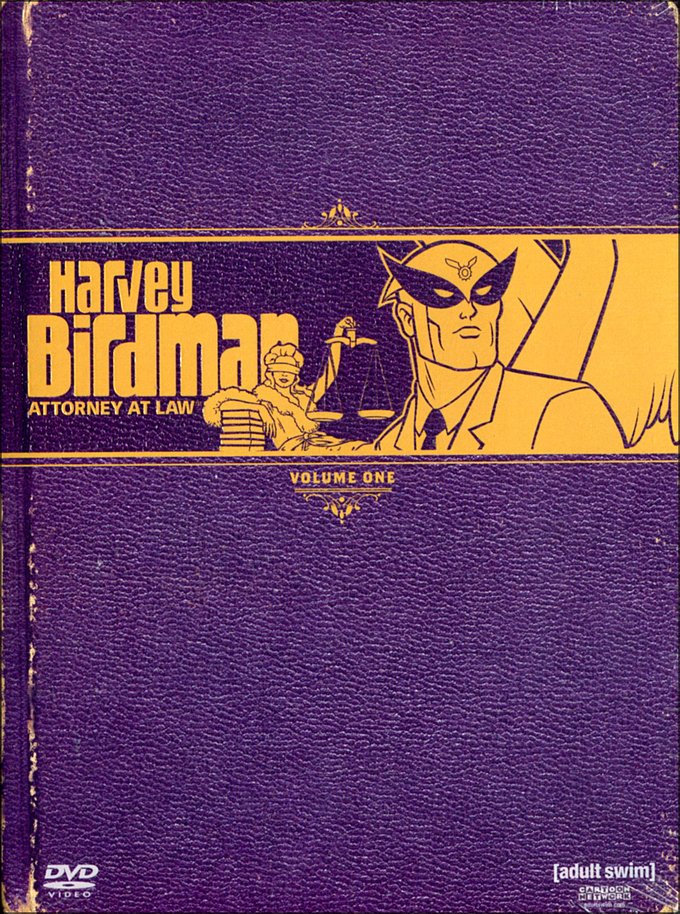 Having bounced around a few other shows before settling in the ATTORNEY AT LAW format (appearances on BIRDMAN AND THE GALAXY TRIO, and as potential host for COAST TO COAST before Space Ghost snuck in, both feature highly on his resume), Harvey Birdman is one of the most popular character spawned by the Cartoon Network's Adult Swim section. His life as a failed superhero over, Birdman tries his hand at law, with similarly mixed results. His clients include a wide range of characters from the Hanna-Barbara stable, all of whom come to Harvey despite his lack of credentials in the field of law. The cult following the show has garnered will be delighted to see this collection of episodes available, and for any animation fans looking for an off-beat treat, look no further than HARVEY BIRDMAN: ATTORNEY AT LAW.

Once a third-rate superhero, Harvey Birdman is now a third-rate lawyer trying like hell to get by in a fancy law firm. It's not clear whether Harvey actually went to law school, but he definitely knows the things to say to sound like a lawyer. And he has a suit now, that's for sure.